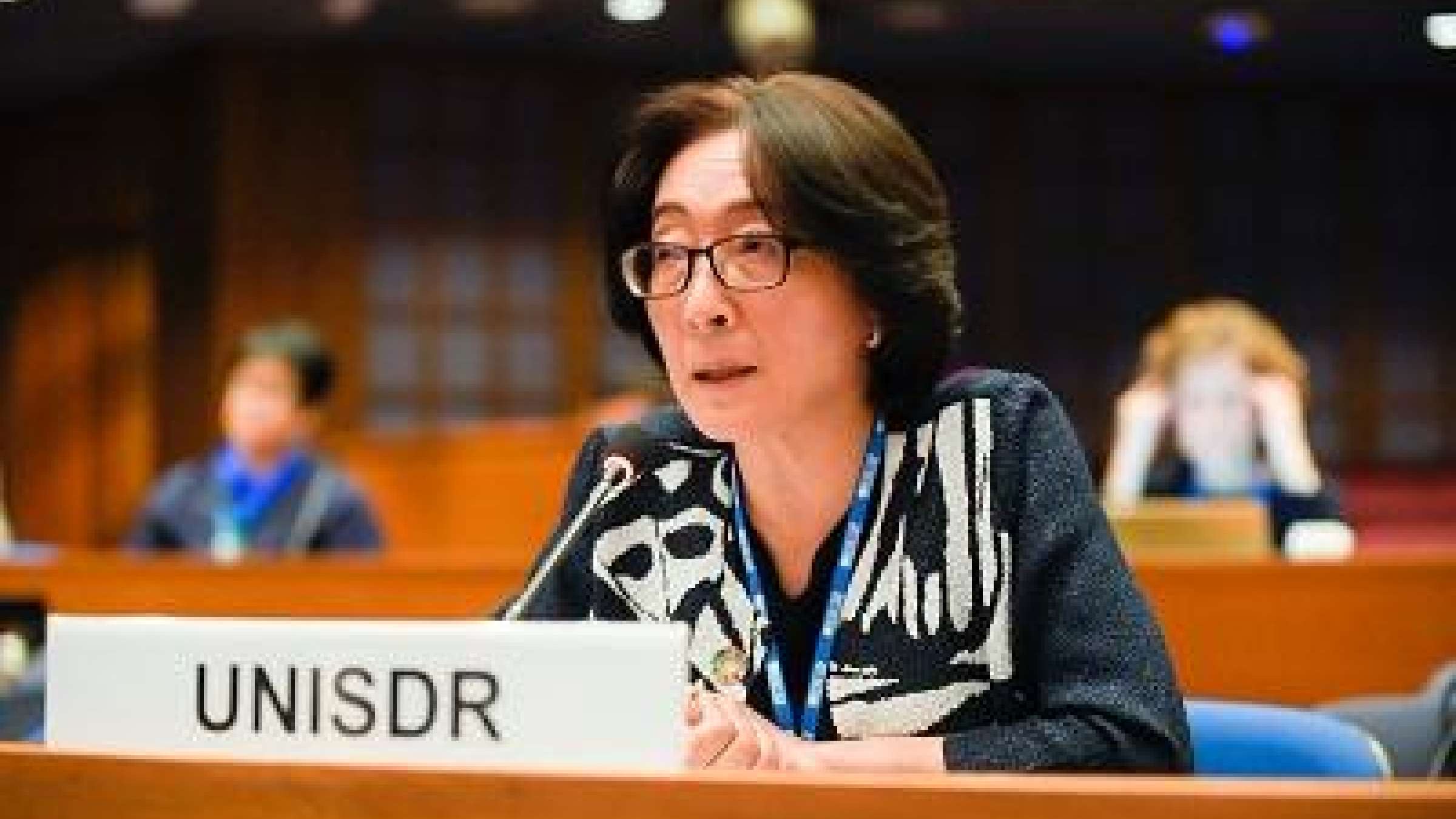 UNISDR head, Mami Mizutori, speaking at this week's 74th UN Economic and Social Commission for Asia and the Pacific (ESCAP)

BANGKOK, 17 May 2018 - Political leaders and senior government officials recommitted themselves to tackling rising inequality across Asia and the Pacific and to improving disaster-related statistics in the region at a high-level UN Policy forum in Bangkok this week.

Over 540 delegates from 44 Member States and Associate Members attended the 74th UN Economic and Social Commission for Asia and the Pacific (ESCAP) session held from 11 to 16 May, the focus of which was the potential impact of deepening inequality on the region’s efforts to push ahead with the implementation of 2030 Agenda for Sustainable Development including the global plan for reducing disaster losses, the Sendai Framework for Disaster Risk Reduction.

Economic losses from disasters are recognized as an issue for some of the ten poorest nations in the region seeking to transition out of the list of least developed countries.

“This cycle needs to be broken. We need better data on disaster losses, and on social, economic and gender inequality. This data is especially needed at a local level to fully understand the effects of so-called ‘everyday disasters’ if we are to achieve the sustainable development goals.”

Speaking at the closing, Dr. Shamshad Akhtar, UN Under-Secretary-General and Executive Secretary of ESCAP said: “We cannot allow inequalities to continue widening, as they have done since 2000. The economic and social costs are too high.”

“ESCAP stands ready to provide technical assistance and capacity building on policies and programmes upon the request of our member States, to support regional cooperation on policy coordination to reduce extreme poverty and tackle inequality,” said Dr. Akhtar.

Speaking at an event organised by the Government of Japan, entitled ‘Universal access to disaster warning information: Perspectives from the Pacific’ Ms Mizutori said: “Factors such as power dynamics, knowledge, culture, social status and family dynamics often determine whether people pay attention and heed early warnings, and take early action to protect their lives and livelihoods. By engaging communities in the development of the early warning systems from the beginning, many of these challenges can be addressed.”

Ms. Mizutori told delegates: “Enhanced early warning systems are only effective if they lead to early responses and this depends largely on how communities receive and react to early warning messages."

UNISDR, the World Bank and the World Meteorological Organization have partnered on Climate Risk and Early Warning Systems or CREWS which has led to wave and coastal inundation forecasting for Kiribati and Tuvalu.

“Preventing Disaster Risk: Protecting Sustainable Development” is the theme of the upcoming 2018 Asian Ministerial Conference on Disaster Risk Reduction in Ulaanbaatar, Mongolia, from 03 to 06 July, co-organized by the Government of Mongolia and UNISDR.