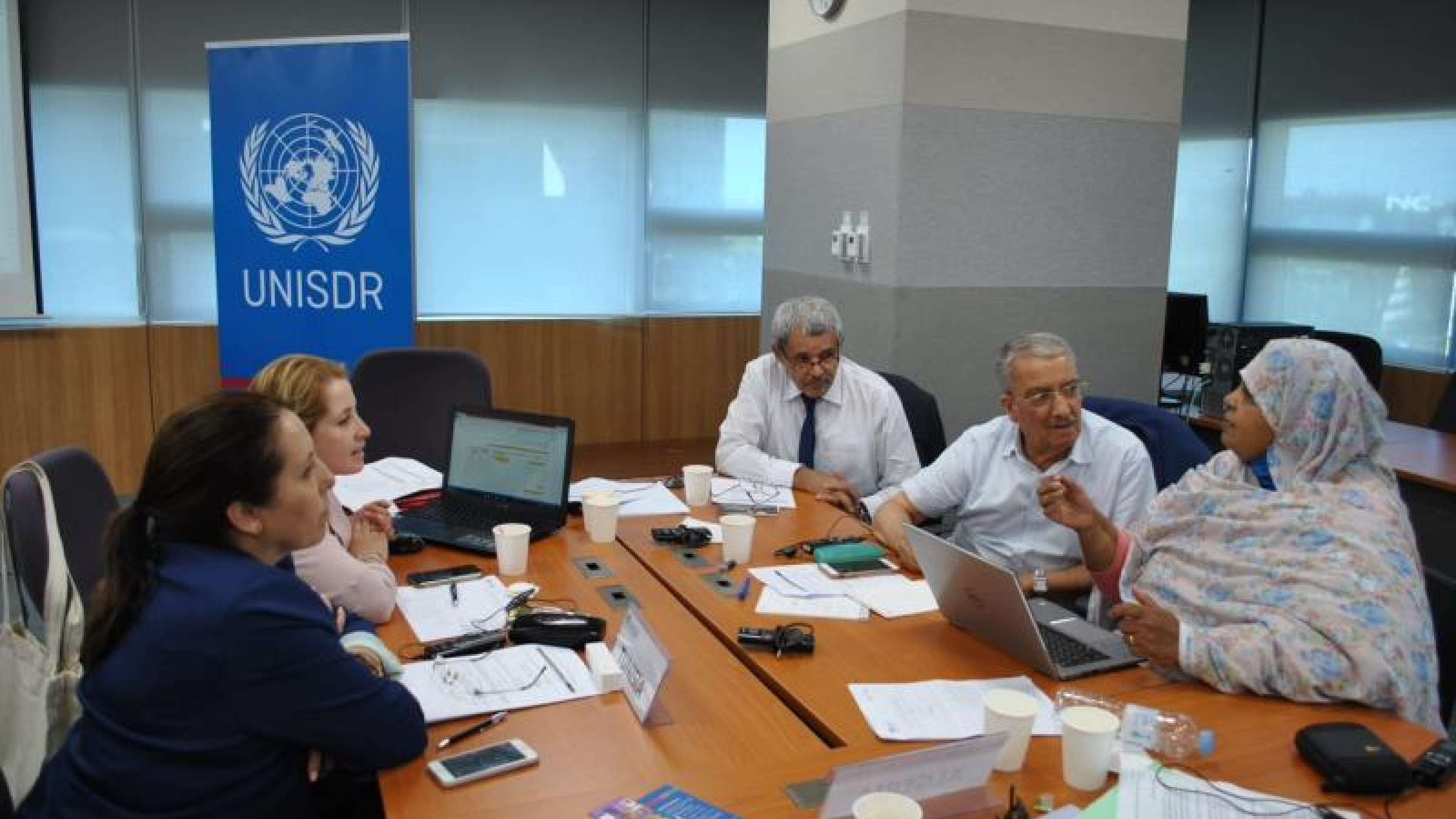 22 August 2018, Incheon – Tunisia, Egypt and Jordan are in advanced stages of disaster risk reduction strategy development and contributing significantly to the achievement of Target E of the Sendai Framework; to increase the number of countries with national and local disaster reduction plans.

The progress was shared at the UNISDR Global Education and Training Institute in Incheon, where Twenty-one participants from Algeria, Bahrain, Egypt, Iraq, Jordan, Kuwait, Lebanon, Mauritania, Palestine, Sudan, Tunisia and Qatar, including some Sendai Framework focal points, met to exchange their experience on approaches towards national strategy development. They were joined by officials from Afghanistan and experts from the Republic of Korea.

Participants discussed current risk trends and shared progress and approaches taken to develop their strategies and plans. Despite varying national contexts within the region, there was agreement that developing such strategies requires new and renewed coordination and partnerships across public and private sectors and stakeholders. It also requires an increased capacity to understand and make arguments for disaster risk-informed investment.

Ambassador Wahbi of the League of Arab States recalled that before the adoption of the 2011 Arab Strategy for DRR, “We had no clear concepts of disaster risks, but after, we began step one by establishing an institutional framework to cope with disaster risks. Now the League of Arab States’ mission is to put such strategies into all Arab countries. Implementing Target E by 2020 in countries and locally is a priority.”

During the workshop, the officials worked together across countries to share experience and contribute to draft DRR action plans for Algeria, Kuwait, Lebanon and Sudan.

Target E calls for an increase in the number of countries with both national and local disaster risk reduction strategies by 2020 - a target shared with indicators for Sustainable Development Goal 1 aimed at ending poverty, Goal 11 on sustainable cities and communities, and Goal 13 on addressing climate change.

At a similar in-country workshop held in July in Kabul, a draft Afghanistan national action plan took shape and opportunities for enhanced collaboration across ministries and cooperation with partners were identified. The Afghanistan National Disaster Management Authority (ANDMA) committed to continue developing an action plan and to update the national Road Map and develop a national strategy ahead of the 2020 deadline.

Deputy Minister M. Q. Haidari, who is the Sendai Framework focal point for Afghanistan, was invited together with his adviser and the UN-Habitat Afghanistan Project for City Resilience officers to share the country’s recent experience.

He said: “This workshop has given ANDMA an opportunity to share our National Action Plan with the countries of the Arab States region following the recent training of trainers programme conducted in Kabul…We expect that our fast track approach to developing our DRR Action Plan would provide a model for various countries in the region.”