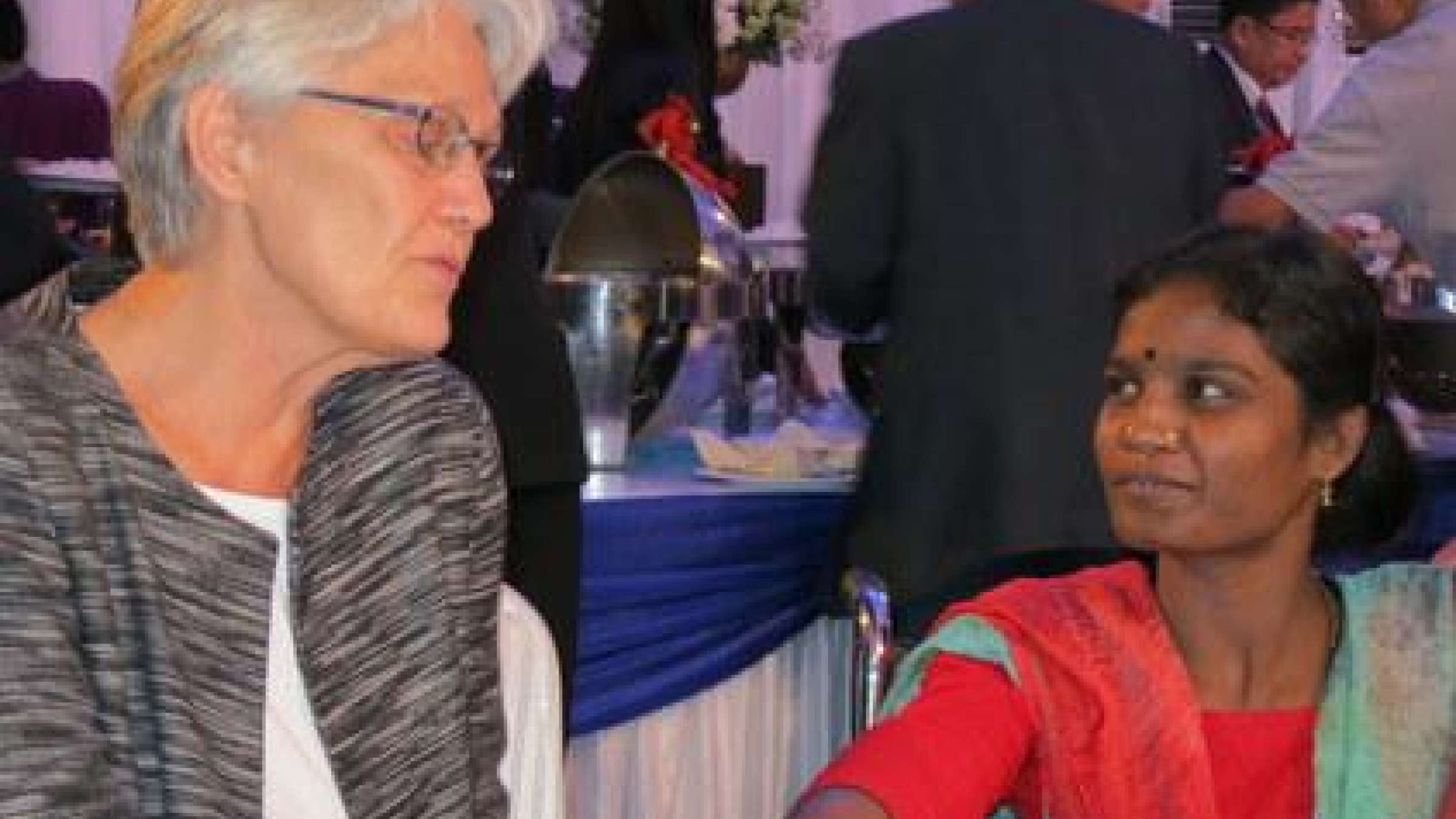 YOGYAKARTA, 25 October 2012 - A courageous disabled 24-year-old woman from a flood-prone part of Bangladesh was the centre of media attention today at the first UNISDR Asia Disaster Risk Reduction Film Festival in Yogyakarta, Indonesia, as a story woven around her life took a top prize in the human interest category.

Kazol Rekha lives in the Gaibandha district of Bangladesh where five years ago an accident left the lower half of her body paralysed. Her husband left her and she struggled to support herself until a local NGO, GUK, provided her with a wheelchair.

The wheelchair and the provision of a ramp allowed her easier access to both the toilet and the local tube-well. GUK also helped her to turn her life around by teaching her how to sew and make garments. She is now a leading advocate for disaster risk reduction in her neighborhood and president of her local disaster committee.

She says: "I'm also the leader of a sub-committee on cleanliness during floods. I have to help people understand how to keep food clean so that it is not affected by germs. We have an early warning system, and make sure a person with speech and hearing impairment knows how the warning system is working for them."

A community sensitized by Kazol now has plans in place to rescue people with disabilities during a flood and to bring them to safe shelter properly equipped for their needs.

She was plainly delighted today with all the attention she has managed to generate for people living with disabilities in disaster prone parts of the world and said the film "Kazol on the Flood" was dedicated to them. UNISDR Chief, Margareta Wahlström, joined Kazol at her table to congratulate her on her advocacy work.

The winning entries in UNISDR's first Asian film festival on disaster risk reduction were announced today during the closing session of the 5th Asian Ministerial Conference on Disaster Risk Reduction.

The winners were films from Bangladesh, Indonesia and the Republic of Korea chosen from a field of 47 entries received from Malaysia, India, Bangladesh, Vietnam, Sri Lanka, Korea, China and Indonesia. The 11 short-listed films have been running continuously during the week of the Conference.

In the category of the best Disaster Risk Reduction the winner was a film from Indonesia titled "The Voices of Earthquake". The best disaster risk reduction investigative story came from the Republic of Korea, "Memories of a Summer Day 2012."

Opening the awards ceremony, Jerry Velazquez, UNISDR's Head of Asia-Pacific, said film-makers had a crucial to play in raising knowledge and awareness of the disaster threat across the region and drawing attention to the many ways in which ordinary citizens could build their disaster resilience.

A jury comprising Benny Benke, Indonesian film director and journalist, Sutopo Suwo, Head of Communications for the Indonesian Disaster Management Agency, BNBP, and Brigitte Leoni, head of communications for UNISDR in Asia/Pacific, selected the winning films in each of the three categories.

Three films nominated for the best Human Interest Story:
- Kazol on the Flood (Bangladesh)
- Cerita Sahabat/Tale of Friends (Indonesia)
- Do you Hear Me (Sri Lanka)