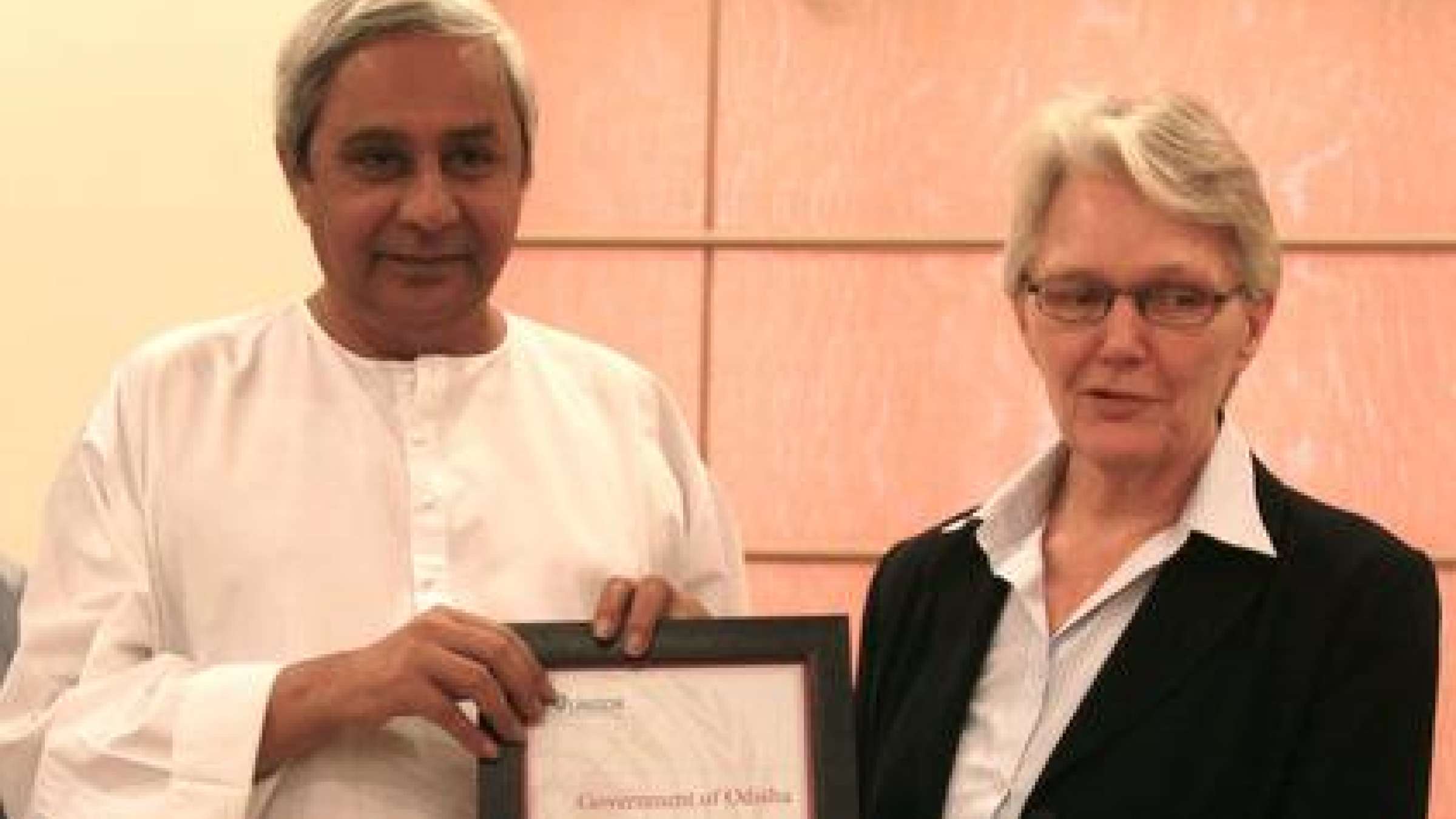 Bhubaneswar, INDIA, 23 December 2013 – The effective evacuation of almost 1 million people in Odisha ahead of Cyclone Phailin will be highlighted as a global example in the lead-up to the 3rd World Conference on Disaster Risk Reduction, in 2015.

The Head of the UN Office for Disaster Risk Reduction (UNISDR), Ms Margareta Wahlström, lauded Odisha for its ‘landmark success’ actions in limiting the number of deaths directly caused by the cyclone to 21.

“We have started work on documenting the Odisha success story and will highlight it as an example at the World Conference. It is easy to talk about problems and failures. We have to bring into people’s minds what works,” Ms Wahlström said.

The Chief Minister of Odisha, Naveen Patnaik, said the plaudits would spur his State to continue efforts to strengthen its disaster risk management and that they would not become complacent.

“The credit for the success of Phailin management goes to the brave people of Odisha who rose to the occasion in spite of all the odds and faced the calamity with inspiring courage,” said Chief Minister Patnaik, whose state fixed a ‘zero casualty’ target during the cyclone.

“I would also like to thank the meteorological department for its accurate prediction of the storm that played a major role in our preparedness. We want to prepare a long-term disaster risk reduction plan and climate change action plan for our state and we are now poised to implement it in the coming years.”

Ms Wahlström presented a citation to Chief Minister Patnaik to recognise the State Government’s achievement in being so well prepared ahead of the cyclone.

“The State Government’s fast response was remarkable. It was a fantastic achievement; they did excellent work. Odisha’s handling of the very severe cyclone will be a landmark success story in disaster management,” she said.

Ms Wahlström said that reducing economic losses from disasters remains a significant challenge: “The world is getting richer and the economic impact of disasters is getting more severe in terms of damage to infrastructure, livelihoods and business. Unless we change the way we invest and manage development this trend will continue.”

Ahead of the 3rd World Conference on Disaster Risk Reduction, to be hosted in Sendai, Japan, in March 2015, Ms Wahlström said: “The development agenda needs to clearly recognise that disaster risk reduction is crucial.”