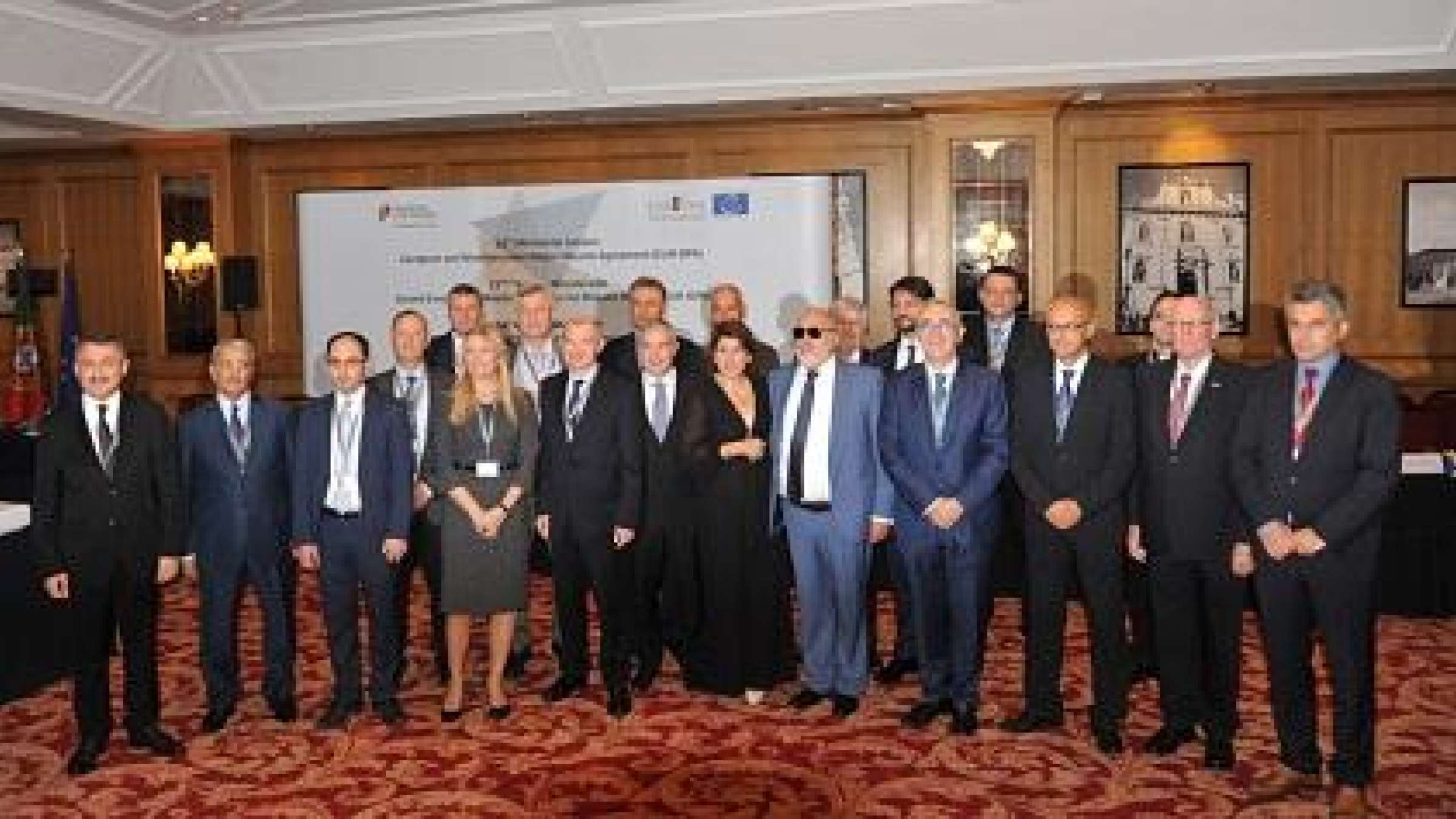 LISBON, 27 October – European countries have added momentum to their drive to curb the impacts of natural and man-made hazards by inscribing the Sendai Framework for Disaster Risk Reduction into a four-year regional plan of action.

The ministerial conference of the European and Mediterranean Major Hazards Agreement (EUR-OPA), hosted by Portugal, etched the goals of the Sendai Framework into its members' 2016-2020 plan of work. The EUR-OPA is overseen by the 47-country Council of Europe.

“The key to overcoming vulnerabilities lies largely in international cooperation mechanisms, which help to strengthen national capacities through the sharing of knowledge and exchange of experiences. We must focus not only on disaster response, but also on prevention, preparedness, and on reducing the risk of disasters as the pillars of the discussions today,” Portugal’s Minister of Internal Administration, Ms. Constança Urbano de Sousa, told the conference.

“We must address this issue in a comprehensive way through strengthening the science-policy interface as risk knowledge plays an important role in the area of ​​prevention and reducing the risk of disasters,” she said.

The Sendai Framework, adopted by the international community in March 2015, is a 15-year plan to reduce the death toll from disasters around the world, as well as the number of people affected and the economic losses caused. A key element of the agreement is a major increase by 2020 in the number of countries with specific policies to reduce disaster risk.

The newly adopted EUR-OPA work plan for 2016-2020 outlines a series of priorities that will support the implementation of the Sendai Framework in Council of Europe member states. They include using scientific and technological knowledge to better assess evolving risks and adapt resilience strategies accordingly; developing cooperation among all decision-makers to better define the role of the authorities; promoting risk culture among the population, including children and persons with special needs; and fostering the active participation of the population in reducing disaster risk.

“We must recognize that in today’s interlinked society, a culture of disaster prevention is strongly needed and that the engagement of citizens is crucial to get ahead of the task. Disaster risk reduction must continue to be part of the European agenda, especially because it is a topic that unites rather than divides,” said Ms. Paola Albrito, Chief of the UNISDR Regional Office for Europe.

The ministerial session also endorsed a roadmap set down by experts in the European Forum for Disaster Risk Reduction, underlining that it is an effective tool to implement the Sendai Framework’s priorities in the region. The European Forum held its 2016 session earlier this month in Finland.

Mr. Eladio Fernandez Galiano, Executive Secretary of the EUR-OPA, noted that the Sendai Framework was just the first part of a wider global plan crafted since 2015 to make development sustainable in the face of steep challenges such as climate change.

“Earlier this month, in the annual meeting of the European Forum for Disaster Risk Reduction held in Helsinki, the participants called for strengthened coherence and mutually-reinforcing implementation between the Sendai Framework for Disaster Risk Reduction and other recent international agreements and processes, including the 2030 Agenda for Sustainable Development, the Paris Agreement on climate change and the New Urban Agenda,” he said.

The final resolution from the Lisbon meeting emphasized the importance of the adoption of the Sendai Framework as a renewed commitment by all countries to substantially reduce disaster risk and losses in lives, livelihoods and health and in the economic, physical, social, cultural and environmental assets of persons, businesses, communities and countries.

It further highlighted the importance of disaster risk reduction in preserving progresses in development and climate adaptation, contributing to the achievement of the Sustainable Development Goals and the Paris Agreement, both of which were also adopted in 2015. The New Urban Agenda, which focuses on sustainable cities, was adopted at the UN’s Habitat III conference last week.

EUR-OPA, set up in 1987, is a platform to address major natural and technological disasters between Europe and the southern shore of the Mediterranean.

It covers issues such as knowledge, prevention, risk management, post-crisis analysis and rehabilitation. Its main objectives are to reinforce and to promote cooperation between member states in a multi-disciplinary context to ensure better prevention and protection against risks, as well as preparation in the event that disaster strikes.