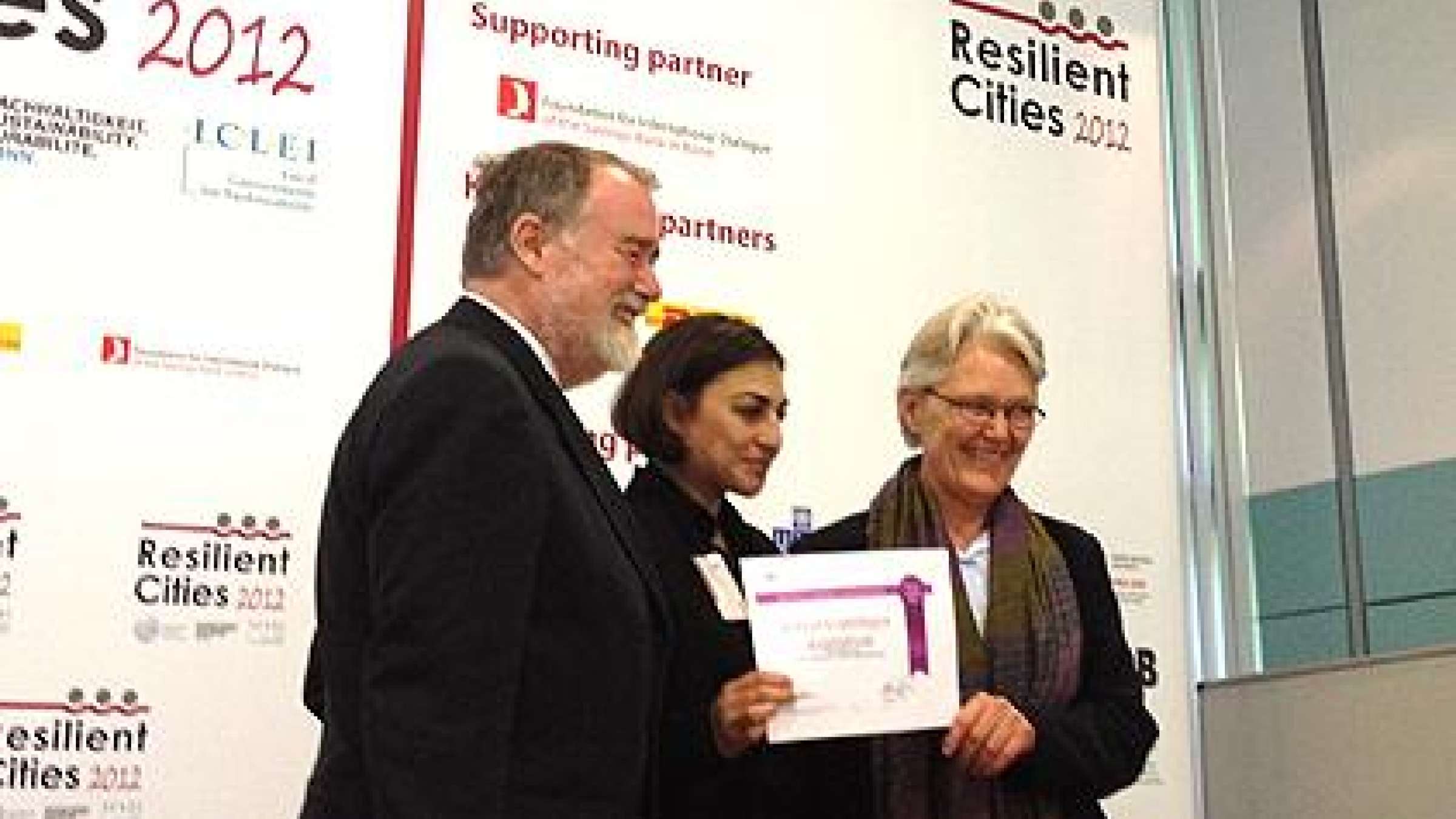 Geneva, Switzerland, 24 May 2012 - The Danish capital, Copenhagen, is the latest city to join the United Nation's Making Cities Resilient Campaign: “My city is getting ready!” which has enlisted over 1,100 member towns and cities since its launch in 2010.

Copenhagen’s pledge, announced today, follows the city's adoption of a comprehensive climate change adaptation action plan that was initiated after the worst flood in its recorded history ravaged residential and commercial infrastructure in July 2011.
The capital's Mayor of Technical and Environmental Administration, Ayfer Baykal, said joining the campaign marked an important next step in "making Copenhagen a resilient city", and emphasized the value of investing in disaster risk reduction and adaptation to more extreme climatic events.

Margareta Wahlström, Special Representative of the Secretary-General for Disaster Reduction, United Nations, added: “We applaud Copenhagen’s efforts to build their resilience and join the growing number of cities around the world that are on the frontline of climate change and disaster risk, and are taking action to protect their people and assets now and in the future.”

The flood, categorized as a one-in-1,000 year-event, cost the capital millions in economic damages, and temporarily washed out Copenhagen’s flagship annual summer Jazz Fest, which attracts well-known musicians and tourists from around the world.

Over the next century, Ms Baykal said rainfall on the city is expected to increase by 30%, with intense late summer precipitation increasing by as much as up to 50%. To reduce climate change Copenhagen is calling for a 20% cut in carbon emissions by 2015 in their Climate Plan, and a goal to be carbon neutral by 2025. Copenhagen's Adaptation Plan is designed to limit the impacts of more severe weather and climate change. Overall, the plan could deliver an estimated savings of €3 billion over the next 100 years in avoided economic losses related to future extreme flooding from the sea and rain.

Copenhagen´s approach to adaptation as an economic enabler, rather than a cost, echoed much of the environmental policy discussions taking place in Bonn, Germany earlier this month at the UN Framework Convention on Climate Change negotiations and the 3rd Annual ICLEI -Local Governments for Sustainability Resilient Cities Congress.

As a member of the campaign, Copenhagen agrees to support the Ten Essentials for Making Cities Resilient, a 10-point checklist designed to help local governments assess their risks and adopt plans to improve their cities’ resilience.


About the Making Cities Resilient Campaign

The Making Cities Resilient Campaign, launched by UNISDR in 2010, is premised on three points: know more, invest wiser, and build more safely. Guidance on these principles is outlined in the “Ten Essentials for Making Cities Resilient”, the building blocks for disaster risk reduction, developed in line with the five priorities of the Hyogo Framework for Action 2005-2015: Building the Resilience of Nations and Communities to Disasters. Agreement to the Ten Essentials forms the basis of a city’s commitment toward improving their resilience, and is the organizing principle around which fellow campaign signatories pool good practices, tools, resources and frameworks for reporting and monitoring of progress.This month UNISDR launched A Handbook for Local Government Leaders and a corresponding Local Government Self-Assessment tool. Both are designed to help urban leaders assess their risk and implement sustainable disaster risk reduction plans.