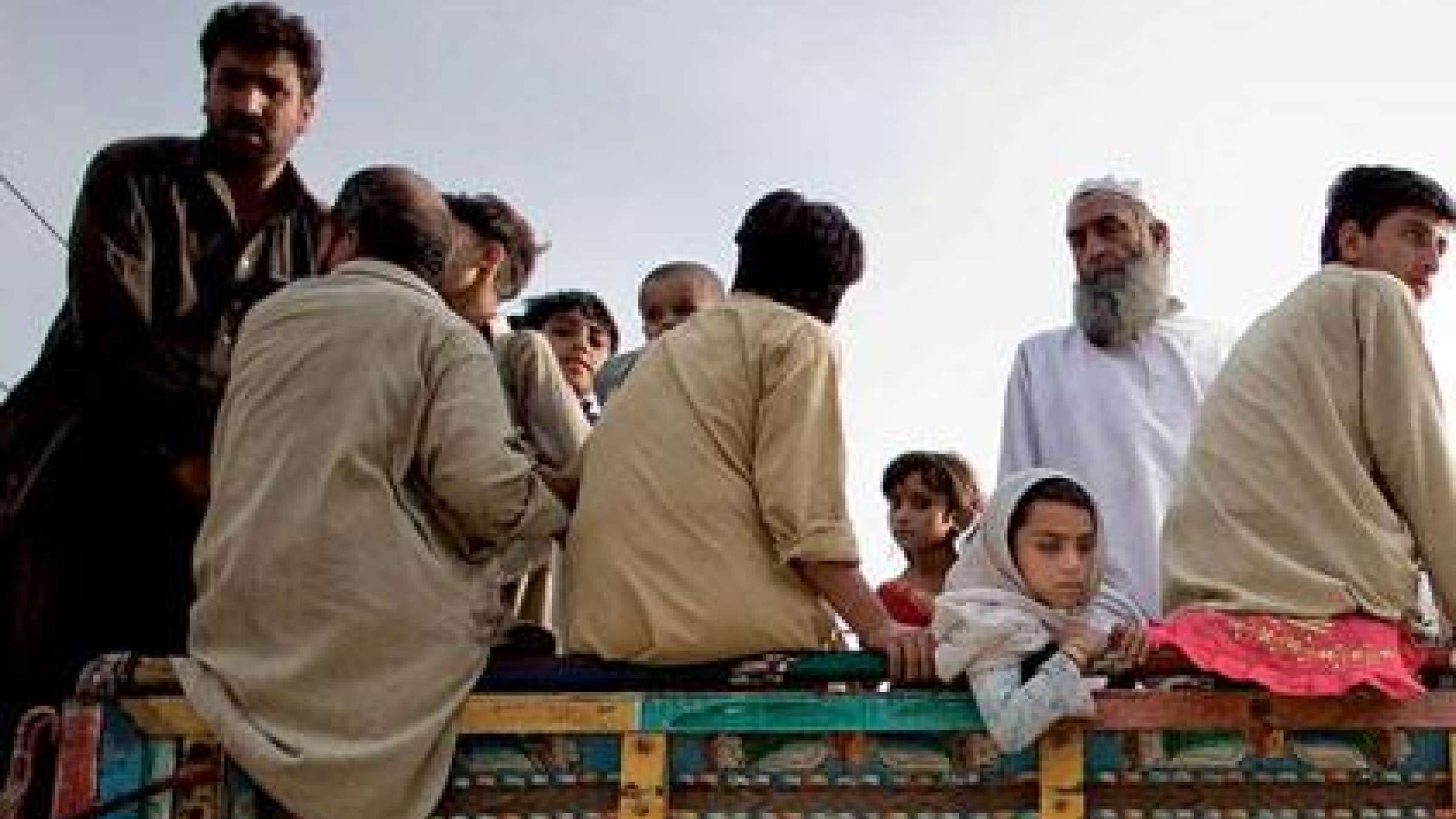 In our online interview, he says: "Previous discussions on migration in the context of climate change were saying people were fleeing from areas because of the effect of climate change on sea level, storm surges and so on. But this report actually came out with something that is rather more subtle: that migration is taking people into areas of increasing vulnerability. Obviously cities are one of those."

In 2010, some 42 million people were forced to migrate due to natural hazards in 2010, more than twice the number from the year before (17 million), says the report.

The report found that in Dakar, Senegal, 40 per cent of new migrants arriving in the past decade have moved to zones with high flood potential. Migrants from dryland areas in north-eastern Brazil make up about 20 per cent of the population of Rio de Janeiro living in favelas -- informal settlements perched on steep hillsides highly prone to landslides and floods.

These challenges will add to existing fragilities, the report warns. Many cities in low-income countries are already failing in several respects; there are already 150 million people living in cities with significant water shortages.

If migration increases as environmental conditions worsen, this trend will represent a significant operational and technical challenge for city planners in terms of sustainable urban growth, pressure on water and transport, and increased pollution and waste creation.

Sir John says: "We need to think more carefully about how science and engineering can help at different geographical scales within cities. Every city is different. How do we maintain water supply continuity, address epidemics, and get enough energy to cities? When you get down to the ground and start talking about practical problems, there are not many generalities."

The report also raises issues about another group of individuals experiencing the impact of climate change -- those who don't have sufficient resources to migrate.

"These people are essentially trapped in areas of vulnerability. We need to think about special interventions to assist these people," says Sir John.

In small island states, people living in flood-prone areas or close to exposed coast are already relatively poor and are unable to respond to hazards by moving, since migration -- especially international migration -- is reserved for people with means.

In New Orleans in 2005, after Hurricane Katrina, the wealthy were able to migrate proactively, the lower-income and less educated population remained in their homes, or sought shelter in makeshift and potentially dangerous emergency shelters in the aftermath.

350 or so contributing experts based in over 30 countries, and representing disciplines as diverse as geography, migration studies, climate science, anthropology, economics and international politics.