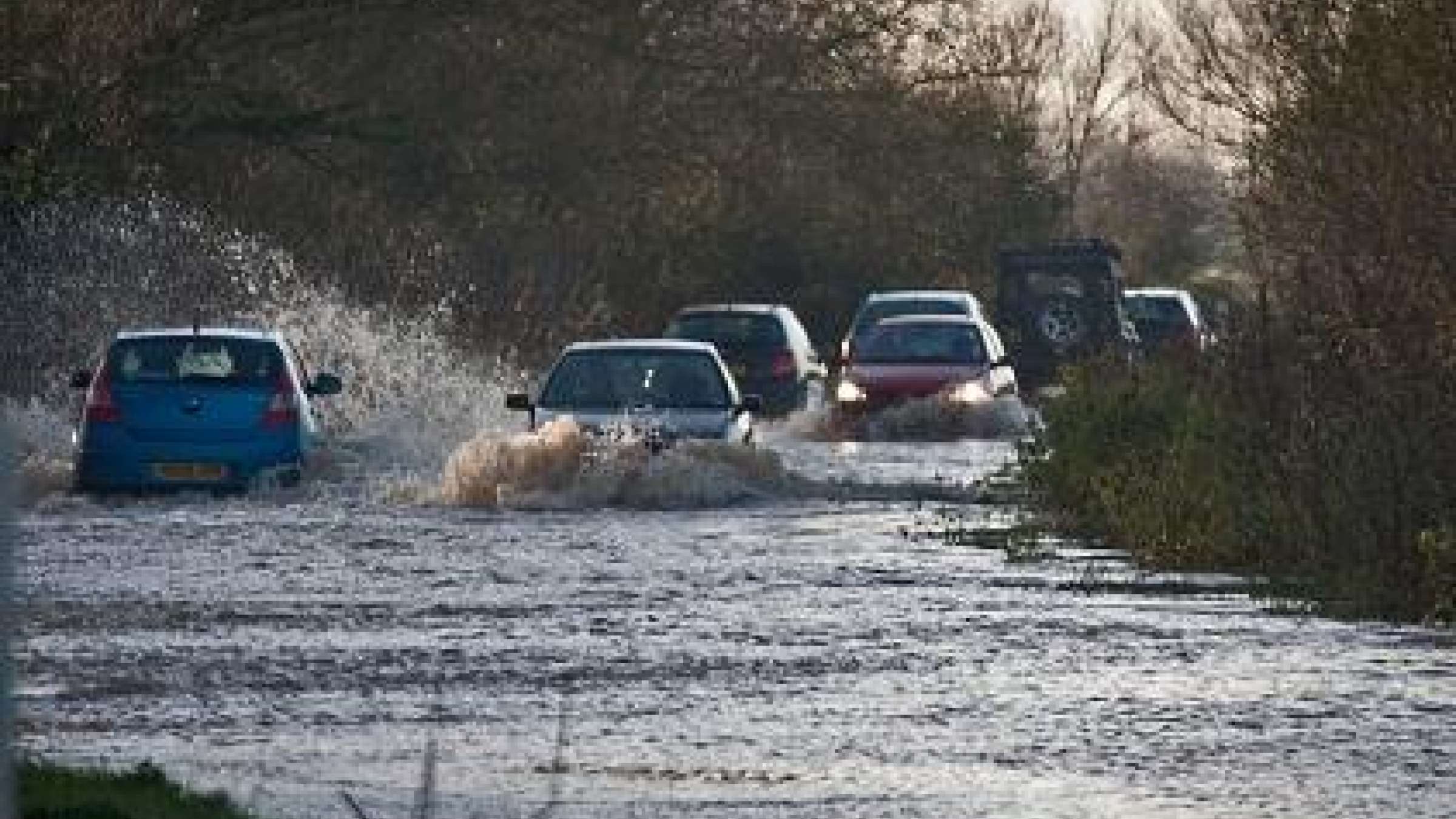 GENEVA, 9 August, 2017 - Until recently it has been well understood that the main drivers of weather-related disasters were increased exposure and vulnerability due to poverty, the breakneck pace of urbanization in low and middle income countries, population growth, the destruction of protective eco-systems and low institutional capacity to manage disaster risk.

It is generally accepted that climate change is in the mix, but it is often difficult to pinpoint the role it plays in specific disaster events. Over the last 20 years, some 90 percent of major recorded disaster events have been weather-related.

The Emergency Events Database maintained by the Centre for Research on the Epidemiology of Disasters, based at the University of Louvain, Belgium, recorded 6,457 weather-related disasters between 1995 and 2015. There has been a doubling of such events yearly over the last decade.

About 89 percent of the 606,000 lives lost in these events occurred not in Europe but in lower income countries where under-recording of disaster-related mortality remains an issue.

Now comes research published in The Lancet, which focusses on the possible impact of climate change in Europe and finds that weather-related disasters could affect about two-thirds of the European population annually by the year 2100 leaving as many as 351 million people exposed per year compared with 25 million people exposed per year during the reference period of 1981 to 2010.

It is a comprehensive investigation of climate and demographic changes focused on natural hazards which cause the most mortality and affect the highest numbers of people including heatwaves and cold waves, wildfires, droughts, river and coastal floods, and windstorms in a “business-as-usual scenario of greenhouse gas emissions.”

A key finding is that there could be a 50-fold increase in mortality annually, 3,000 deaths, by the year 2100. In southern Europe, currently suffering the ravages of the so-called Lucifer heatwave and associated wildfires, premature mortality linked to weather extremes could become the greatest environmental risk factor.

According to The Lancet, “The projected changes are dominated by global warming (accounting for more than 90 percent of the risk to human beings), mainly through a rise in the frequency of heatwaves (about 2,700 heat-related fatalities per year during the reference period vs 151,500 during the period 2071-100).”

Those numbers are quite staggering. The implications of the findings are profound for the rest of the world, particularly low and middle income countries which do not have access to the kind of resources which Europe has for adaptation to climate change and reducing the risk posed by extreme weather events.

Many low-income countries are still struggling to put in place the most rudimentary of climate risk early warning systems that is now the objective of a global initiative backed by the World Meteorological Organization (WMO), the World Bank and the UN Office for Disaster Risk Reduction (UNISDR) in an effort to meet a key target of the Sendai Framework for Disaster Risk Reduction adopted two years by UN Member States.

The Lancet findings underline the size of the challenge facing many countries in regions of the world where weather-related extreme events pose an even greater threat than in Europe. The Sendai Framework sets targets for substantial reductions in disaster mortality, the numbers of disaster affected people, economic losses and damage to critical infrastructure by 2030.

This research throws into stark relief how difficult it will be to reduce disaster losses and alleviate the impact on human health if there is not a major ramping up of mitigation, climate adaptation and risk reduction efforts in the immediate future.

As the authors point out the results are particularly relevant to a key priority for action in the Sendai Framework, “Understanding disaster risk.”

A key element of developing this understanding at national and local level is the promotion of the collection, analysis, management and use of relevant data and to ensure its dissemination so that it can be acted on.

As we move towards the Sendai Framework’s 2020 deadline for a substantial increase in the number of countries with national and local disaster risk reduction strategies, we need to have a much more developed understanding of what the implications are for disaster risk management of climate change and population growth.

These latest research findings are a welcome addition to our understanding of disaster risk in Europe but should also encourage similar investigations of the consequences of climate change in other parts of the world likely to suffer the worsening impacts of weather-related disasters in the future.