Cebu ready to build back better 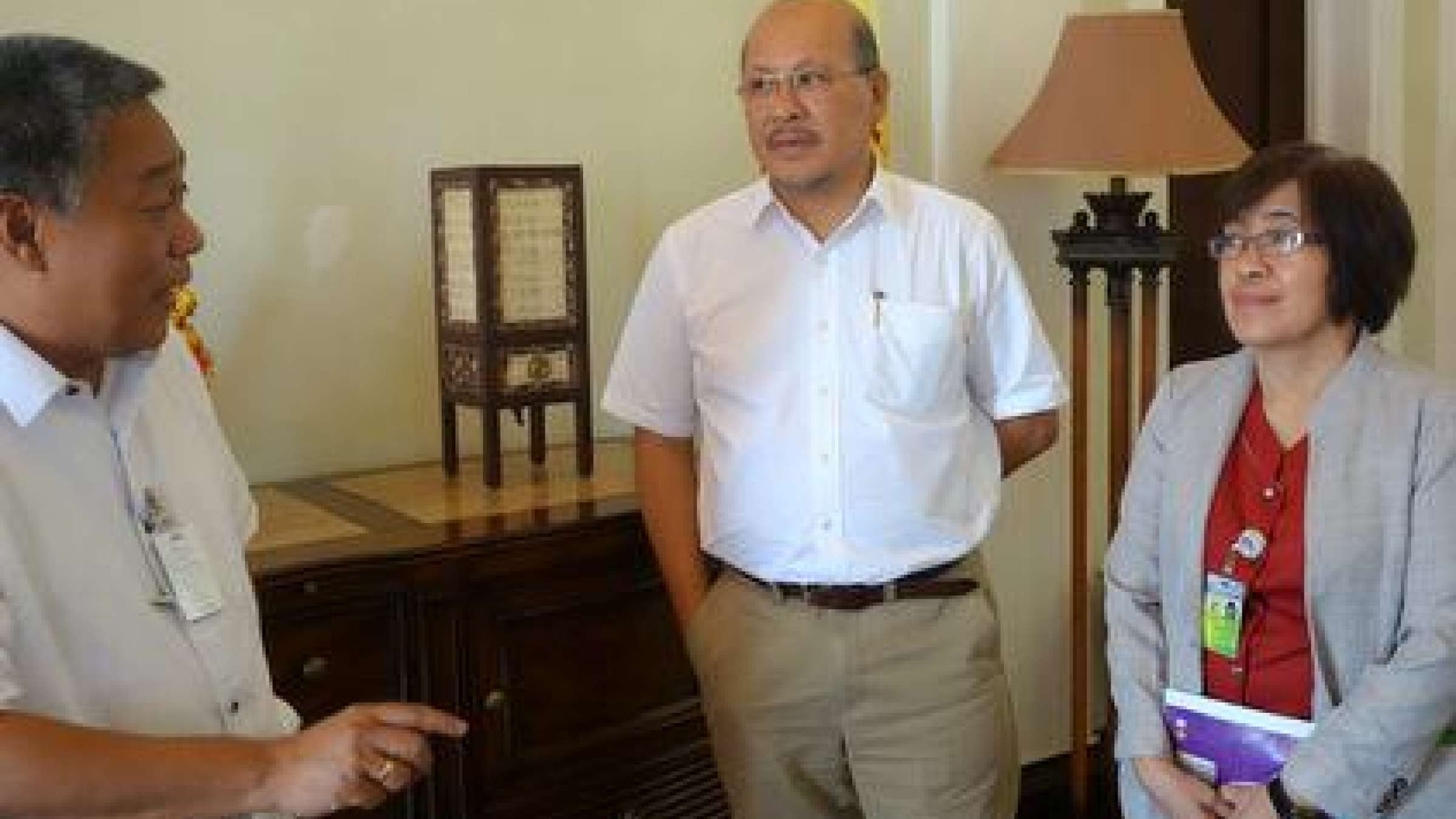 CEBU, 16 DECEMBER 2013 – The Philippines Province of Cebu prides itself on its zero casualty policy when it comes to disasters. As of yesterday, it had recorded just 73 of the 6,057 deaths so far attributed to Typhoon Haiyan despite the widespread damage and loss to housing, critical infrastructure and agriculture especially in northern Cebu where Haiyan made two of its six landfalls in the Philippines.

Governor Hilario Davide III explained: “I would credit the low fatalities first to the people themselves and the local government units who heeded our advice and warnings to evacuate people from the areas that were most vulnerable to the typhoon.”

Some estimates put the number of people who evacuated in Cebu as high as one million. The Governor also said that the earthquake which hit in October may have been a strange blessing in disguise as it gave people a sharp reminder of the threat posed by natural hazards.

Memories are also still vivid of the typhoon which struck the city of Cebu and caused much death and destruction 22 years ago. Three people died on that occasion in the house of Melita Labarejos who is now in charge of the disaster risk reduction and climate adaptation planning for the Province.

She attributes the difference between the death toll in north Cebu and other parts of the country to “the massive and persistent” education campaign conducted by the Province’s Disaster Risk Reduction Councils in the affected areas with the support of the media.

Her view is that it is not enough to simply tell people to evacuate because a storm surge is expected. You have to spell out clearly the danger that comes with it.

“At first I thought a storm surge is just an additional five metre rise in the sea-level but it’s not. It can go to as far as the nearest three storey building in your area. Add the degree and intensity with which it can strike because it’s a landfall combined with a storm surge and that’s why it’s a killer typhoon,” she said.

She is in no doubt that climate change was a critical factor in the extreme strength of Typoon Haiyan as it fed off the warming waters of the Pacific. She adds that heatwaves are now more common in north Cebu.

Looking to the future, Mrs. Labarejos said: “We will be looking for financial and technical assistance. We will be working on the principle of build better.”

The current cost estimate for implementation of the Cebu Recovery and Rehabilitation Plan is in the region of $500 million. More than 90% of the proposed budget focuses on shelter and resettlement of 337,121 families in 471 barangays (districts) in north Cebu.

The Cebu planning officer emphasized that there will be no build zones between 30 to 40 metres from the coast and housing will be built in clusters so people can share infrastructure and utilities.

Baltazar Tribunalo, a special advisor to the Governor on disaster risk reduction, said a meeting will be held this week with the Department of Environmental and Natural Resources to discuss relocation sites and issues around land tenure. Resettlement of residents living in danger zones has to be discussed with mayors, lot owners and other concerned government agencies.

Governor Davide said that with the support of the Department of Agriculture a task force has been established to examine what can be done to support the region’s farmers to adapt to the demands of climate change and extreme weather events. They are being encouraged to switch to crops such as sweet potatoes, beans and bananas.

The Province has also initiated a project called Skills Training and Emergency Employment Toward Recovery, a cash for work programme which will train at least 100 residents from Daanbantayan, Medellin, Bob, San Remigio and Bantayan in masonry, carpentry, plumbing and electrical skills.

In his interview with UNISDR, Governor Davide concluded: “Quite frankly our biggest challenge is how to get our act together and get things done. It’s important for us to have all these efforts coordinated.”

Efron Carreon, Regional Director of the National Economic Development Authority, was the main facilitator at a gathering of 200 civil society representatives which brainstormed rehabilitation issues for Cebu last week.

He observed that while it is relatively easy to quantify the damage to infrastructure, it is more difficult to quantify the losses that follow on from all the disruption caused to normal life.

Mr. Carreon said the tragedy has brought out a lot of good in people. “People want to help one another. Maybe in a way it has served as a uniting force for the Filipinos here and abroad.”