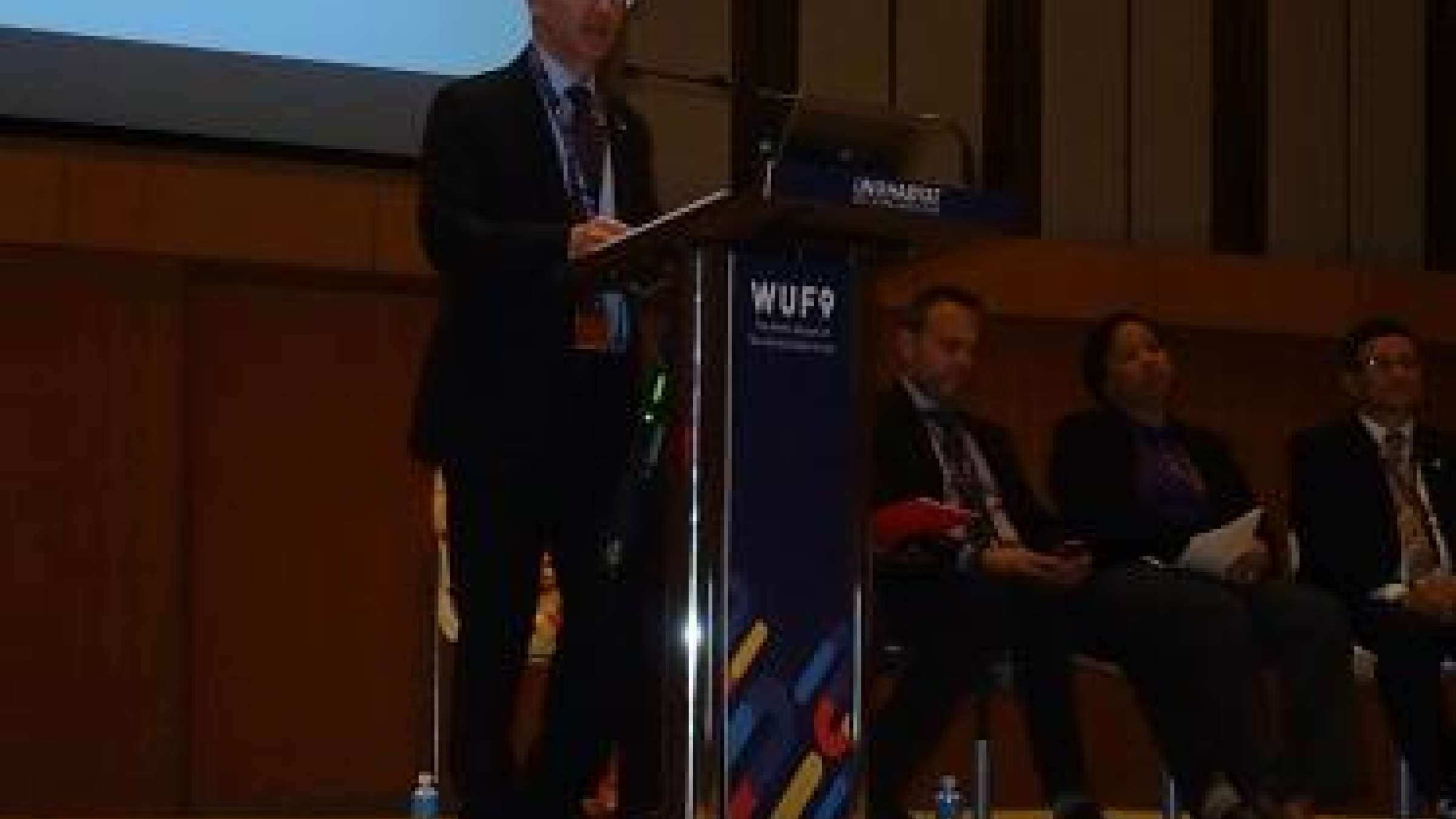 KUALA LUMPUR, 12 February 2018 - Just five months after the September earthquakes which completely destroyed 60,000 homes, more than 30,000 have been rebuilt by affected families provided with cash and technical assistance from the Mexican authorities.

In a first for Mexico, the authorities restored hope to affected communities across seven states, by issuing a total of 170,000 debit cards which allowed each family to draw up to US$8,000 to rebuild or repair their homes, in the first such experiment by the Mexican government.

“It was not something we were envisioning five months ago and the reason for the success is that we entrusted people and accompanied them on the way,” he said.

Similar stories of encouraging community engagement and participation in building back better were shared from the Philippines in the wake of typhoon Haiyan, Nepal (2015 earthquake), Haiti (2010 earthquake), Iran (2017 earthquake) and Mozambique (2017 Cyclone Dineo) in a Special Session on Restoring Hope: Building back cities and communities together after a disaster.

In his keynote address to the Special Session, UNISDR head, Robert Glasser said: “Population growth and economic development means that more people are in harm’s way than 50 years ago in earthquake zones, flood plains, coastlines and dry lands increasing the risk that a natural hazard can become a catastrophe.

“The vulnerability gap in deprived urban areas will only grow if we do not ensure that the priorities for action of the Sendai Framework for Disaster Risk Reduction become embedded in risk governance at the level of both national and local government.

“The Sendai Framework is the global plan for reducing disaster losses adopted in 2015 after three years of exhaustive consultations. Three years later we are now at the point of ensuring that there is a global surge in the adoption of national and local strategies for disaster risk reduction which will make a real difference to the lives of people living in harm’s way.”

Mr. Glasser said there has to be recognition "that when disaster strikes we need to be ready with plans already in place for the reconstruction and rehabilitation phase so that what was lost can be built back better for the future benefit of the disaster-affected community.

"The opportunity to build back better is an opportunity not just to prevent loss of life but to restore a community’s morale and to integrate disaster risk reduction measures into daily civic life."

Dr. Farzin Fardanesh, Urban Development and Regeneration Corporation (UDRC), I.R. Iran, highlighted the approach taken by the Iranian authorities following the devastating Iran-Iraq earthquake. While funds were provided to affected families from the disaster which damaged or destroyed 40,000 homes in rural and urban areas, the Housing Foundation also provided trained masons for hire by the affected population who worked together to rebuild the homes to earthquake-resilient standards.

The session overall served to highlight the linkages between SDG11 focused on resilient cities and communities, the Sendai Framework and the New Urban Agenda which all support efforts to build back better in the wake of a disaster and to reduce the number of future deaths and number of people affected, by 2030.