Build To Last: a lesson from Mozambique 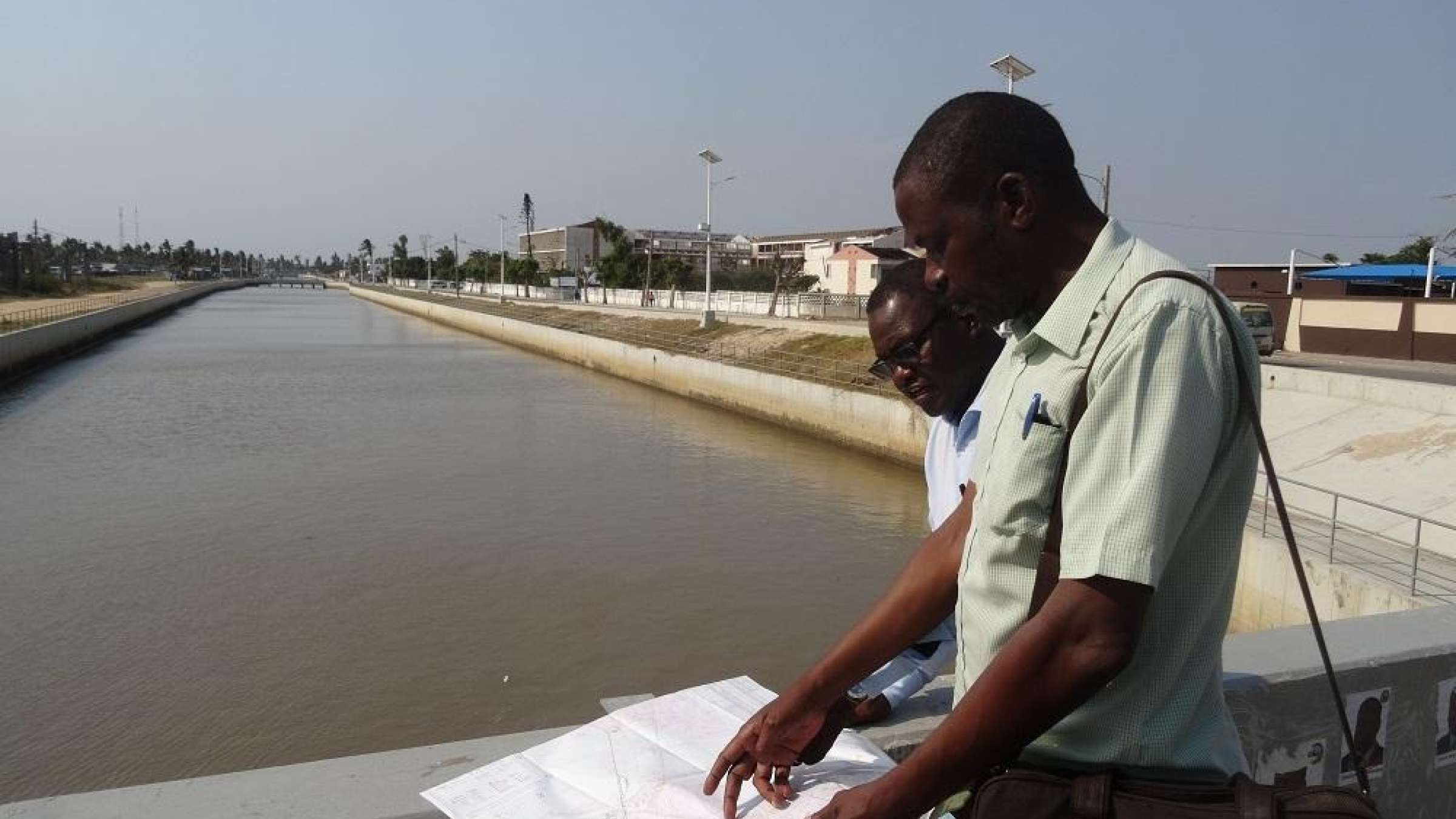 (From left) Jose Manuel Moisés, city councilor for institutional affairs and Beira city engineer, Augusto Manhoca, overlooking the canal which reduced the impact of the rains which hit Beira with Cyclone Idai in March, 2019

BEIRA, 10 October 2019 - Reconstruction of housing has yet to get underway in Mozambique six months after Cyclone Idai made landfall in March and followed a month later by Cyclone Kenneth which made came ashore further north.

Some 300,000 homes were damaged or destroyed and the road to recovery is beset with challenges including putting in place the necessary finance, training masons and reaching agreement on construction standards to avoid repeating the mistakes of the past.

Housing alone requires $600 million and the rehabilitation of roads and public utilities requires an additional $700 million, according to the Executive Director of the government’s Reconstruction Authority, Mr. Franciso Pereira.

“We have to take care about the resilience measures and building to last. This is the main objective of the programme of reconstruction,” said Mr. Pereira who is working out the modalities for accessing finance from donors and supporting efforts to produce strong guidelines for reconstruction.

A textbook example of what happens when you fail to build in a risk-informed manner, is cited by the head of UNDP’s sub-office in Beira, Sofala province, Ghulam Sherani.

A regular visitor to Buzi, the town in Manica province at the epicenter of the cyclone Idai disaster, Mr. Sherani says: “There is a place there in Buzi called Community 2000 because everything there, the schools, the clinics, the houses were rebuilt after the cyclone and floods of that year. Now everything is destroyed again, and the government is relocating the people.”

Hence the urgency felt by UN-Habitat, UNDP and the National Reconstruction Authority to have agreement on resilient construction guidelines which will be applied and adhered to by all stakeholders as funds become available from the World Bank, the European Union and others, to support the reconstruction effort.

They are all working together to ensure that the homes which will be built adhere to resilient construction guidelines which will be neither too complicated nor too lax.

The guidelines which will be presented to government are designed to be easily understood by masons who will be upskilled in safe building techniques. Currently, 100 masons are undergoing training and they will build 20 model two-bedroom houses which will become templates for the overall reconstruction programme.

In Beira itself, Jose Manuel Moisés, city councilor for institutional affairs, says they are moving ahead with a project to build 25,000 homes which will be sold to low, medium and high income families on an elevated location free from the risk of flooding.

At the same time the city which was devastated by the cyclone is clamping down on unauthorized construction. It has resettled 110 families away from the exposed beachfront area.

“We can’t talk about resilience without talking about climate change,” Mr. Moisés said.

The city takes pride in the fact that a World Bank funded programme to upgrade the city’s canal network played a significant role in reducing floodwaters during Cyclone Idai by channeling much of the heavy rain out to sea.

The local government  also plans extensive coastal protection measures including a system of sand dunes to augment what remains of the city’s mangrove forest. “We’re only really getting started now on rehabilitation after the cyclone. It will take time but we want to build back stronger for the future,” said Mr. Moisés