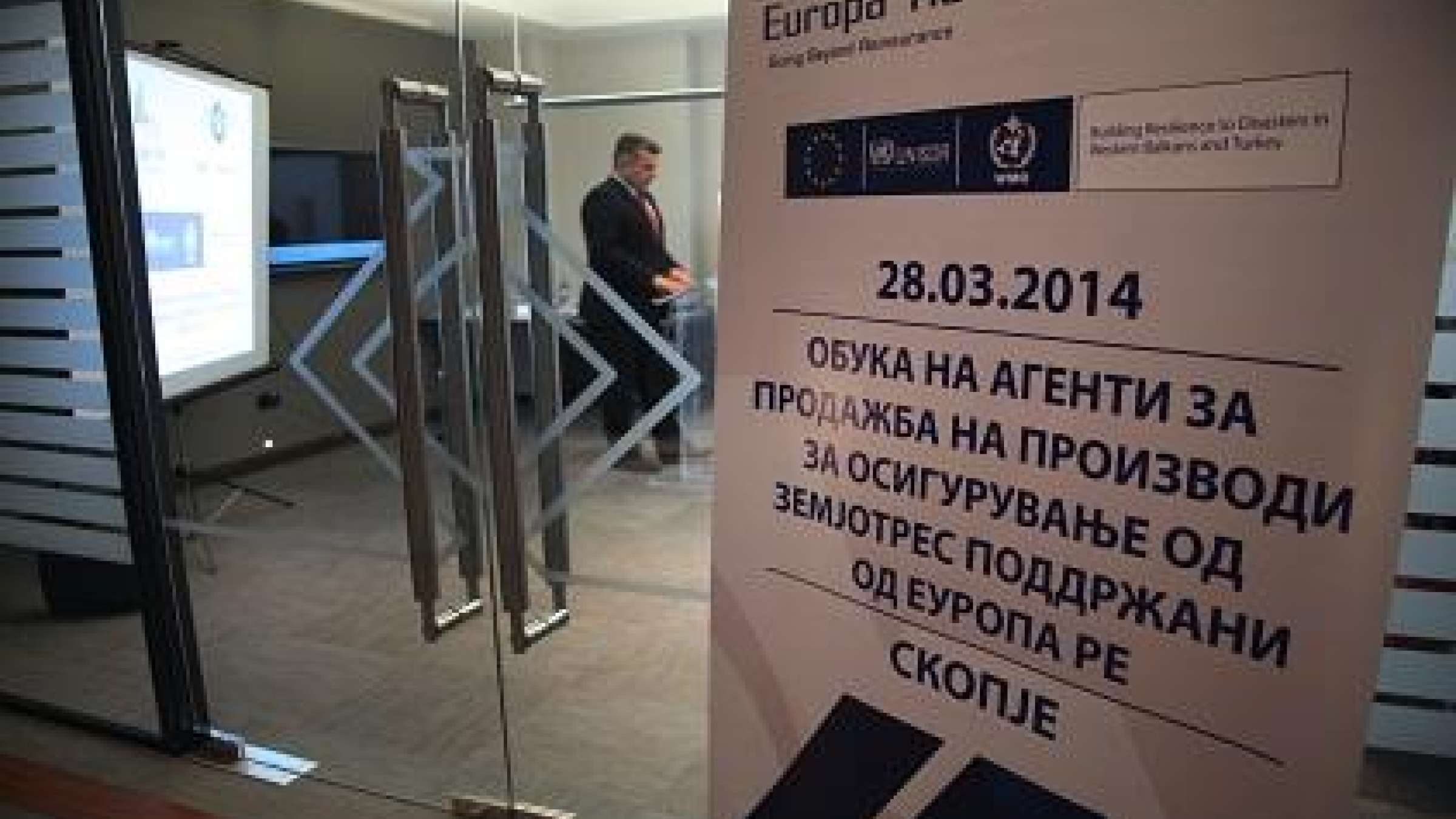 The earthquake insurance workshops were attended by over 100 participants.

BRUSSELS, 11 April 2014 – A major step towards implementation of a disaster risk financing framework in South Eastern Europe has been taken with the completion of a first round of training workshops on new approaches to earthquake insurance last month.

Paola Albrito, Head of UNISDR’s Europe Office, said: “The countries in South East Europe face a wide range of hazards. Many have suffered great loss of life and damage to their economies because of earthquakes. Establishing comprehensive disaster risk mitigation mechanisms in the region is of essential importance to enable individual countries to better cope with the impact of natural hazards.”

The company is promoting an innovative catastrophe risk market development programme for South Eastern Europe, which is strongly supported by the World Bank, the Swiss Economic Cooperation Organization, the Global Environment Facility, the European Union and the United Nations Office for Disaster Risk Reduction (UNISDR).

The main objective of these specialized trainings, attended by over 100 participants, was to equip the insurance agents with adequate know-how and expertise on the new and innovative earthquake insurance products, which will be offered to the citizens and small and medium size enterprises by local partner insurers participating in Europa Re programme. The trainings are designed to educate insurance agents about the products’ features and the web-based system that supports the insurance policy cycle. A significant amount of time was devoted to practical examples and testing of the web-based system behind the products.

Besides reinsurance for the new catastrophe risk products, these trainings are part of the full expertise and technical support that Europa Re provides to its local insurance partners which will enable them to fully focus on the needs and expectations of the citizens and the business sector regarding the new and innovative catastrophe insurance products.

The representatives of the Albanian Ministry of Interior and the Albanian Financial Supervisory Authority opened the training session in Tirana, while representatives of the Macedonian Insurance Supervision Agency, the Crisis Management Center and the Swiss Office for Cooperation addressed the audience at the training event in Skopje. The presence of local stakeholder institutions shows their continuous support for Europa Re catastrophe risk market development programme and the introduction of financially sound (re)insurance system in Europa Re member countries.

The two events were supported by the project “Building Resilience to Disasters in Western Balkans and Turkey”, which is initiated by the European Commission, UNISDR and the World Meteorological Organization (WMO). This project aims to assist in implementation of regional disaster risk reduction mechanisms. The overall goal is to solve region wide socio-economic problems caused by adverse effects of frequent and severe catastrophe and extreme weather events, to which Southeast Europe is particularly vulnerable and exposed.

SEE is highly vulnerable to natural hazards. In the past thirty years, economic losses in excess of $70 billion were reported. In ten of the twenty-eight countries in South East Europe, up to four million people are exposed to severe natural catastrophic perils, while up to 32 million (or 7% of the region’s population) can be affected by natural hazards.