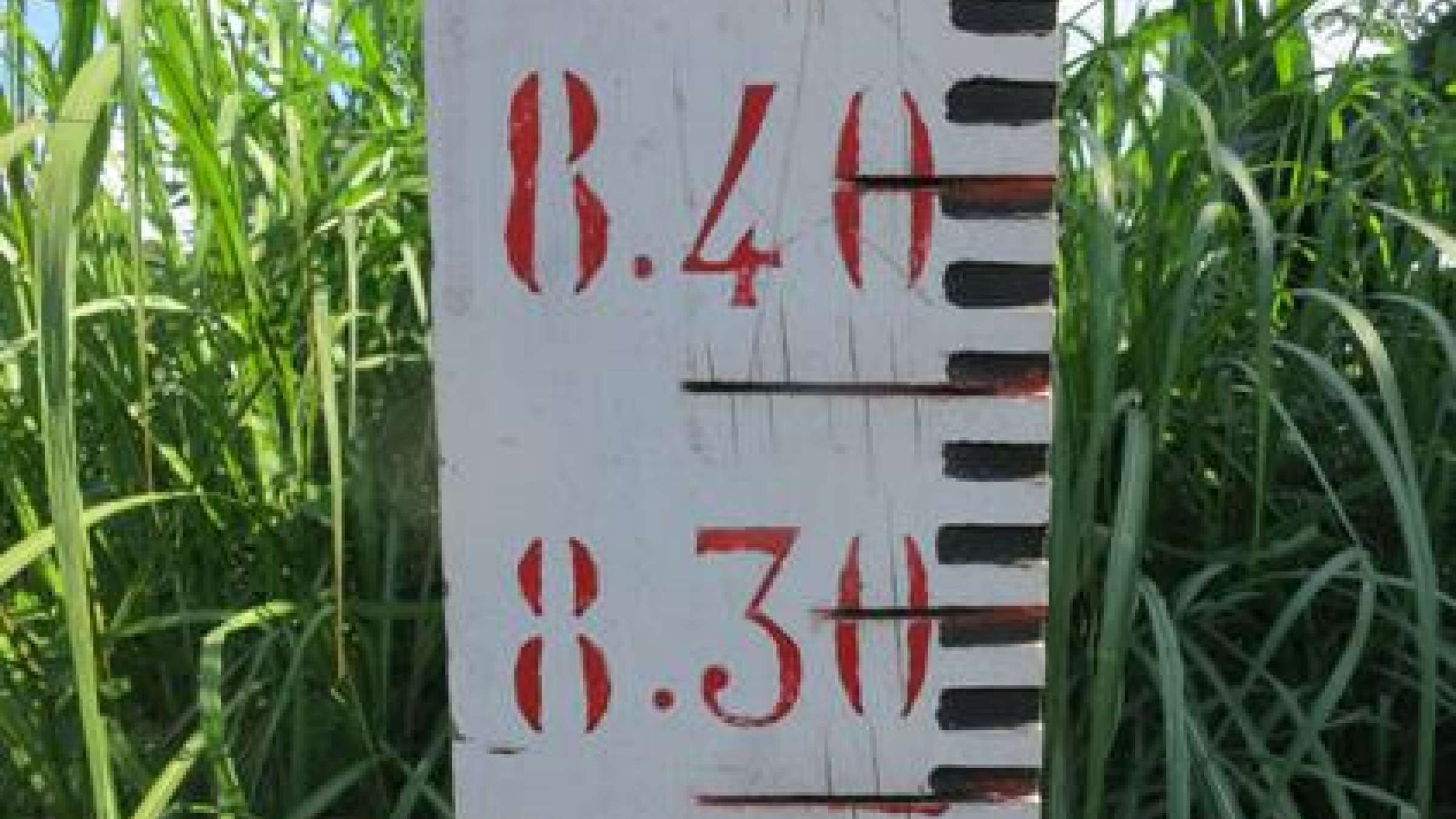 The March 2012 Nadi River floods reached 8.3 metres completely inundating several businesses. However, within a month 70 per cent had reopened in a remarkable demonstration of resilience.

NADI, FIJI, 10 July 2013 - Businesses that bounced back quickly from a recent spate of disasters have a lot to teach policymakers and community leaders about resilience, a banking executive told a major Pacific development forum today.

In the worst of three disasters in 2012, floods reached some ceilings in the Fijiian tourist hub of Nadi yet within a month 70 per cent of businesses were back up and running, said Adrian Hughes, the Head of Westpac Banking Corporation in the city.

"What 'strong' really means in a business sense is that firms have a plan B when they get hit by a disaster. It means they have thought things through, and that means they can get going quickly after a crisis,

"We need to look at those businesses that have lasted a couple of generations and say to ourselves clearly they have business continuity plans that work because they would have survived several disasters during that time. So, we should be asking: 'What are they doing and how can others learn from them'."

Mr Hughes was speaking from experience. "We are currently rebuilding our Nadi branch for the third time in two years. We have doubled the thickness of the walls, installed a huge pumping system in the basement, and made the windows higher and smaller," he said.

The bank chief pinpointed the critical role of insurance and how accurately priced risk should form a key element of business strategy in hazard-prone parts of the Pacific.

"For us, all of this flood-proofing work has made the building insurable again. But if we get flooded again then I am sure the site will become uninsurable no matter what we do and we'll have to move location," he said.

Policymakers and community leaders agreed that business needed to be brought in from the cold as part of more inclusive efforts to boost community and national resilience in the hazard-prone Pacific. However, coordination was cited as an ongoing challenge.

With billions of dollars of new business investment set to pour into several hazard-exposed locations of the Pacific over the coming years, the private sector's investment decisions will determine to a large degree how safe and resilient the region will be.

But he emphasized the great opportunity business has in the Pacific to take the lead in resilience efforts. "Better disaster risk management reduces uncertainty, builds confidence, cuts costs and creates value for business," Mr Velasquez said.

"With the private sector responsible for up to 85 per cent of investment globally, having business as a leading actor in scaling up resilient development would lead a huge dividend in saved lives, protected livelihoods and infrastructure."

Consultations are now under way in earnest to build a new global agreement on disaster risk reduction to replace the current Hyogo Framework for Action in 2015. One of the keys to success of a future global strategy will be the choices the private sector makes in terms of how it allocates its trillions of dollars of investment in Asia Pacific over the coming decades.