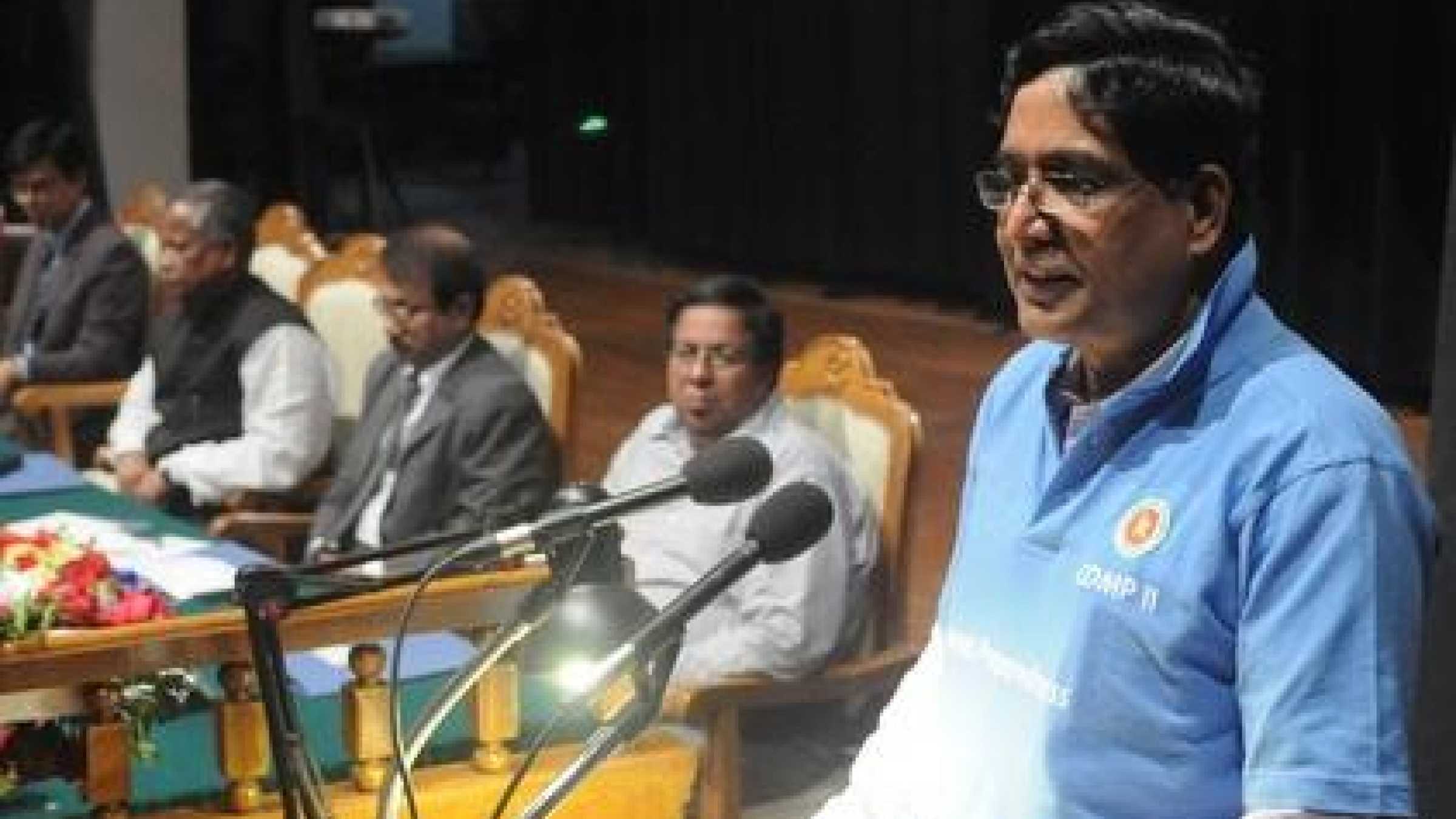 GENEVA/DHAKA, 29 March 2012 - The UN Secretary-General's Special Representative for Disaster Risk Reduction, Margareta Wahlström, today discussed with the Bangladesh Government the country's huge shortfall in cyclone shelters and the protection of the country's coastline from rising sea-levels at the start of a three day mission to Bangladesh where the cyclone season starts on April 1.

Dr. Muhammad Abdur Razzaque, Minister of Food and Disaster Management, told the head of the UN's Office for Disaster Risk Reduction (UNISDR), that the country only has 3,000 cyclone shelters when it needs 5,000. He also raised the inadequacy of the country's network of embankments against rising sea-levels; stating that many of them need to be replaced or strengthened as they were over 50 years old.

Ms. Wahlström noted the Government has issued a policy directive for the integration of risk assessment in all development projects submitted to the government. She said there was a strong integration of risk in planning across 16 government ministries with a particular focus on emerging risks related to climate change, rapid urbanization and seismic risk.

Speaking today to 1,500 government representatives and officials on the occasion of Bangladesh's National Disaster Preparedness Day, Ms. Wahlström said: "Bangladesh is the epitome of resilience and has shown this through its successful efforts to reduce mortality from cyclones over the last 40 years. Your country is often cited as an early example of a successful national effort to prepare for the worst-case scenario through planning, effective early warning, social mobilisation and putting in place the shelters necessary to save lives.

"Another great challenge now awaits and that is earthquake risk. I am heartened to hear that the same dedication which the country has devoted to protecting the population from cyclones is now being applied to earthquake risk. We only need look to recent tragic events in Haiti, Japan and Turkey to understand the reality of this risk. More than a third of the population, over 40 million people, live in seismic zones. UNISDR supports the full implementation of the Bangladesh National Building Code as an important first step towards minimizing casualties."

Ms. Wahlström is on a three day visit to Bangladesh and scheduled to meet with the Prime Minister Sheikh Hasina tomorrow. They will discuss how Bangladesh can further promote climate change adaptation policies and disaster risk reduction programmes within the South Asian Association for Regional Cooperation (SAARC). Bangladesh is particularly vulnerable to sea-level rise and more intense cyclones and is ranked by the Asian Development Bank as the most vulnerable Asian country to climate change.