Bangladesh forges ahead on recovery 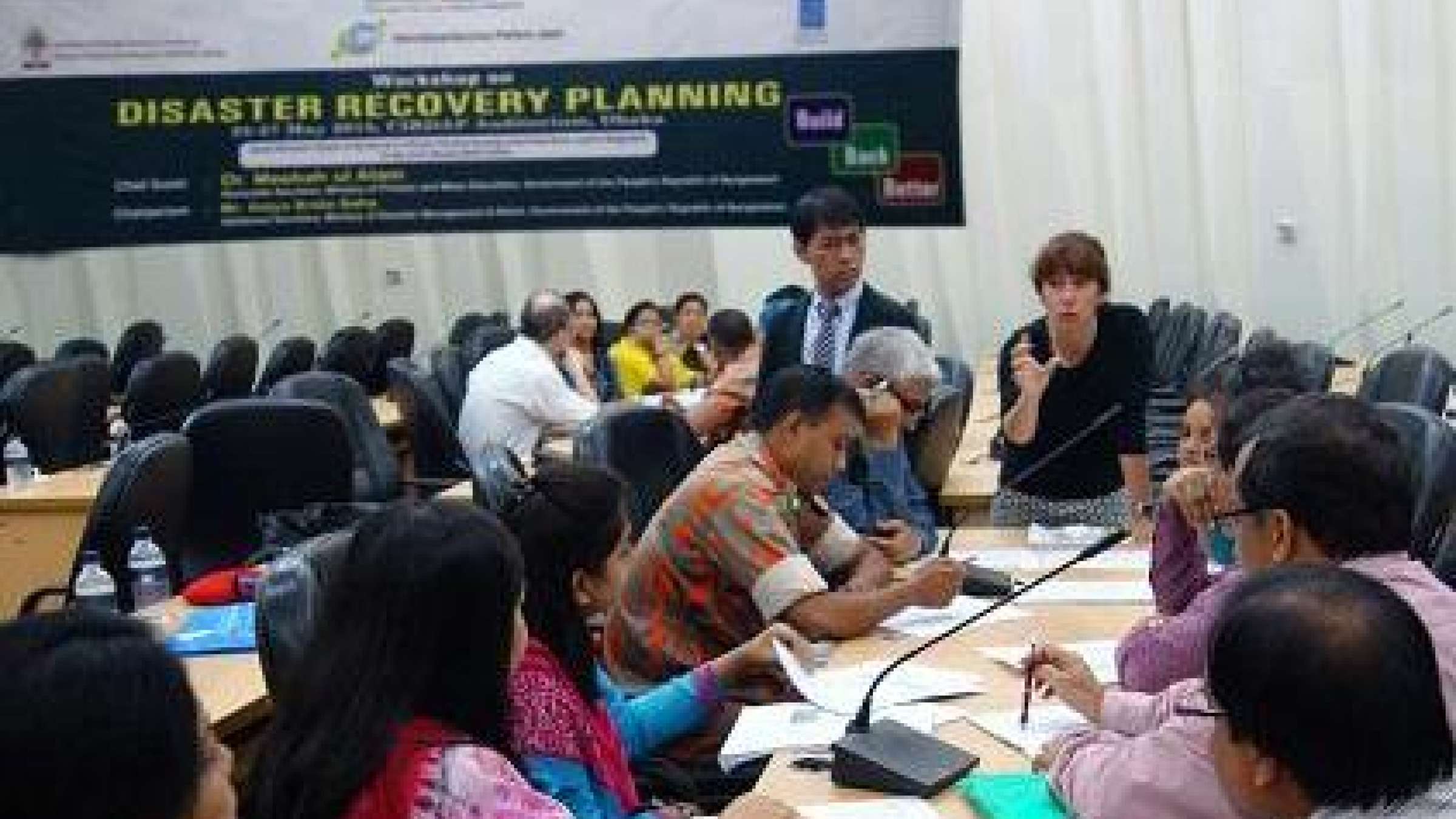 DHAKA, 19 June 2015 – Bangladesh, one of the most hazard-prone and climate-vulnerable countries in the world, is widely recognised as a leader in tackling the threat of disasters. Policymakers and practitioners in the South Asian nation are ramping up their efforts to make their country even more resilient as they move to implement the Sendai Framework for Disaster Risk Reduction.

Bangladesh became a byword for tragedy in 1970 when it and neighbouring India’s West Bengal were struck by Cyclone Bhola, which with half a million victims remains the deadliest tropical storm in recorded history. Most died as the result of a tsunami-like storm surge that ripped into low-lying areas. A similar surge in 1991 claimed more than 138,000 lives.

Efforts since then, including the construction of cyclone shelters and the creation of a community-based early warning network, have helped pull down the death toll. The figures remain stark, however, with an estimated 10,000 perishing in Cyclone Sidr in 2007 and a similar number killed or missing after Cyclone Aila struck in 2009.

With the sea a source of livelihood but also of danger, Bangladesh is all too aware of the threat posed by climate change, and the economic damage wreaked by such hazards. Aila cost an estimated US$270 million and Sidr, US$2.3 billion.

Cyclones are not the only spectre faced by Bangladesh. The country also lies on the seismically active Indian plate, which creates significant earthquake risks. These are of rising concern because the fast-growing capital Dhaka, is one of the globe’s 20 cities most vulnerable to earthquakes.

Learning from each disaster has been crucial for Bangladesh. Analysis and reduction of risk is at the core of the Sendai Framework, a global pact adopted by the international community in March to steer efforts for the next 15 years. The overarching goal is to rein in deaths and injuries from disasters, as well as the numbers of people affected and economic losses arising from them.

Bangladesh has committed to a guiding principle of disaster risk reduction: “Build Back Better”. The country works closely with the International Recovery Platform (IRP), set up in 2005 when governments adopted the 10-year Hyogo Framework for Action, the Sendai Framework’s predecessor.

The key role of the IRP is to identify gaps and constraints experienced in post disaster recovery, to serve as a catalyst for the development of tools, resources, and capacity for resilient recovery, as well as be an international source of knowledge on good recovery practice.

Since the 2nd World Reconstruction Conference in Washington D.C., in September 2014, the Bangladesh has initiated a process towards agreeing on key elements for national recovery readiness which includes stronger institutionalisation, cooperation mechanisms, and resource mobilisation to make resilient recovery a means for sustainable development.

That effort has gained extra momentum since the Sendai Framework was adopted at the 3rd UN World Conference on Disaster Risk Reduction in Japan. Working with the IRP, Bangladesh authorities recently sat down with relevant national stakeholders and United Nations bodies to focus on recovery, rehabilitation and reconstruction.

Partnerships are key to the success of such a strategy, with the private sector a key player.

“In Bangladesh, the private sector accounts for over 80% of GDP. Hence, their pre-disaster preparedness and recovery planning efforts are critical to ensure that national recovery is adequately resourced, timely, and comprehensive,” stressed Mr. Shabel Firuz, Country Director of Islamic Relief of Bangladesh.

Participants highlighted the importance of risk-informed private investment. It is vital to help protect business interests as well as minimise suffering caused when supply-chains and services such as banking, telecommunications, electricity and other critical industry services are unavailable to disaster-affected communities.

“Recovery offers impacted communities with the opportunity to not only reduce risk by learning from the precipitating hazard, but to not generate new risk and truly build back better,” said Mr. Stefan Kohler, Chair of the IRP.

Immediate next steps were identified at the session, including a parliamentary meeting on “Build Back Better” to assess recovery issues that require legal support and legislation. UNDP, meanwhile, is set to convene a new session with the Ministry for Disaster Management and Relief to help craft a wide-ranging national recovery plan.

In his closing statement, Minister for Information Mr. Hasanul Haq Inu vowed to “further assist in disseminating knowledge on disaster management and build back better through media outlets so that level of awareness will increase, contributing to a more resilient Bangladesh”.

The International Recovery Platform is a joint initiative of 17 countries and organisations including the Government of Japan, the UN Office for Disaster Risk Reduction (UNISDR) and the wider UN System, International Financial Institutions, national and local governments, and other organisations engaged in disaster recovery.