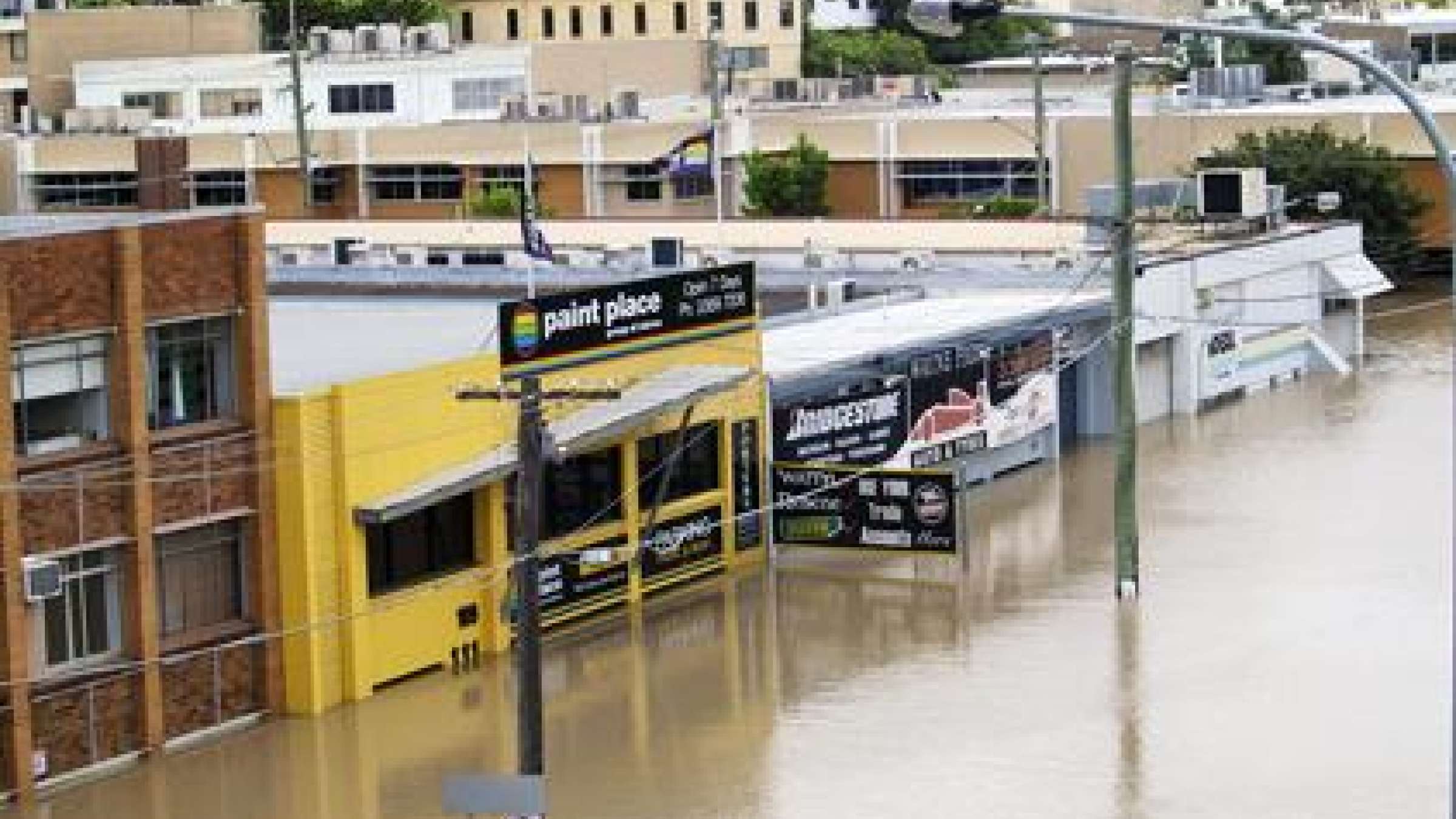 The new winning app has been developed to help deal with flooding in Australia.

GENEVA, 17 October 2014 — The United Nations Office of Disaster Risk Reduction (UNISDR) and Esri today announced a new winner in the UN Global Disaster Resilience App Challenge. The competition challenged developers to create apps that support the UNISDR Making Cities Resilient: My City is Getting Ready. Guardian Evacuations—an app written by Leon Storey and Gareck Packer that gets people to their closest evacuation center during a storm—was awarded first place in the consumer/public facing category.

In the event of a disaster, the Guardian Evacuations app not only shows the user where to find the closest location evacuation center, but allows them to see traffic information, weather, and potential flood and fire risk areas in real time. The app calculates the distance, shows facility details, and even has a tool to pre-register for the center prior to arriving.

Major flooding events during the previous five years have forced thousands of people to relocate from homes to more secure shelters. Queensland has recently formalized their evacuation shelter strategies in key locations, and the Guardian Evacuation app will assist with public awareness of these strategies and improve the visibility of people in need of assistance.

During the United Nations Climate Change Conference, Esri president Jack Dangermond acknowledged the good work of all participants. Esri offered contestants ArcGIS developer software and awarded cash prizes to two winners. The VISTULA app that was initially announced as the winner for the consumer/public-facing category is a great application that supports the 10 Essential of the Making Cities Resilient Campaign. However, it did not meet all eligibility requirements of the contest.

The Nature Conservancy took first in the Professional/Scientific category with the Coastal Defense app. Anyone can use the app to see where shorelines are at risk for erosion caused by waves. In all, 22 projects were submitted to the Esri Global Disaster Resilience App Challenge 2014.

“The results are a very significant contribution to building the resilience of user-communities, particularly those that are members of the Making Cities Resilient Campaign,” Dangermond said. “Esri will provide further assistance to ensure that these apps are widely available to the public.”

Since 1969, Esri has been giving customers around the world the power to think and plan geographically. The market leader in GIS technology, Esri software is used in more than 300,000 organizations worldwide including each of the 200 largest cities in the United States, most national governments, more than two-thirds of Fortune 500 companies, and more than 7,000 colleges and universities. Esri applications, running on more than one million desktops and thousands of web and enterprise servers, provide the backbone for the world's mapping and spatial analysis. Esri is the only vendor that provides complete technical solutions for desktop, mobile, server, and Internet platforms. Visit us at esri.com/news.