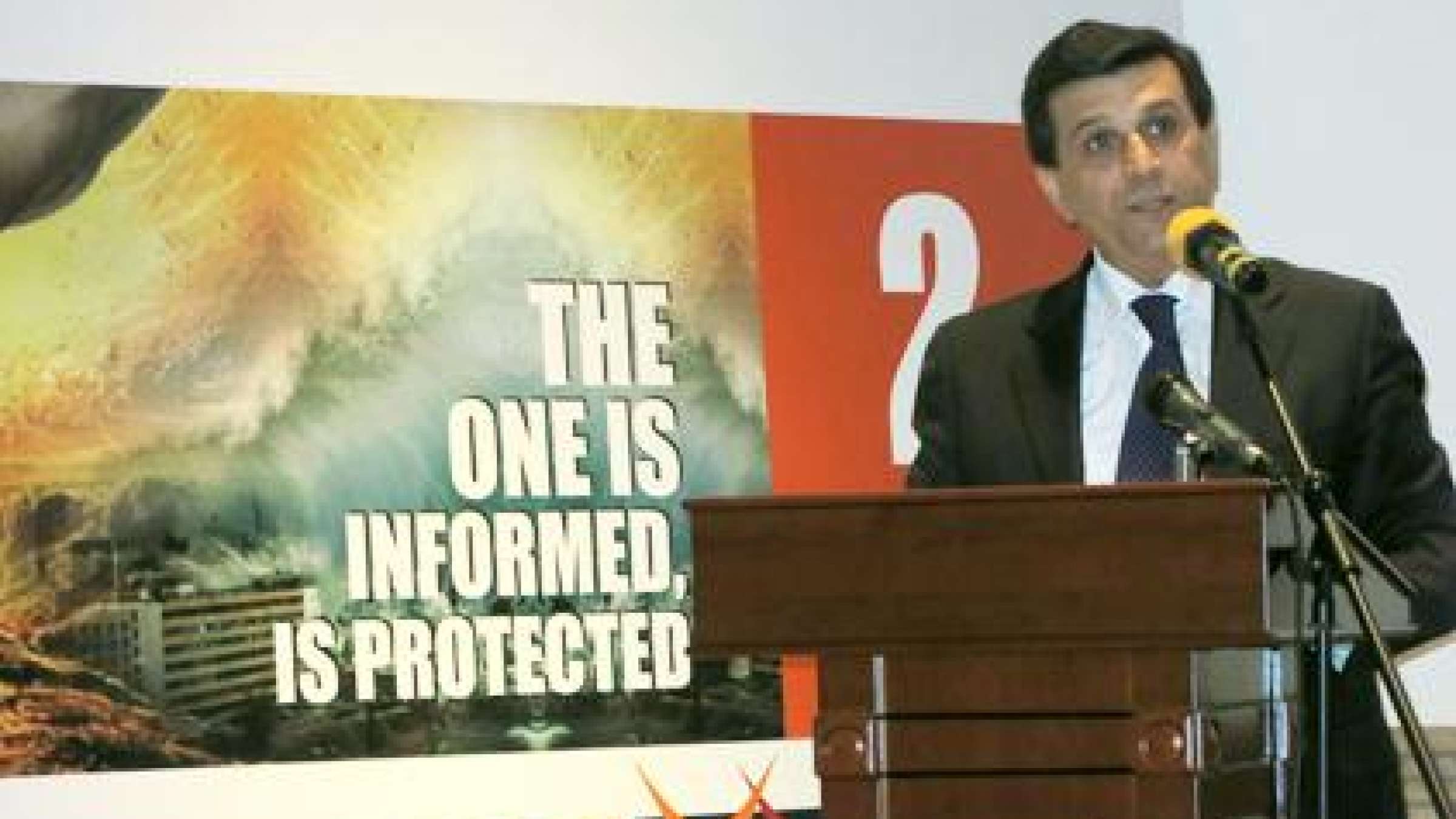 Armenian Minister of Territorial Administration and Emergency Situations, Mr Armen Yeritsyan, urges use of World Conference for DRR in Sendai, Japan, as a springboard to future resilience. (Photo: UNISDR)

The Armenian Minister of Territorial Administration and Emergency Situations, Mr. Armen Yeritsyan, said it was vital that more countries use the Conference in Sendai, Japan, in March 2015 as a springboard to focus more on prevention and not just disaster response.

“Let’s take our experience here in Armenia. The establishment of a National DRR Platform in 2010 has enabled people to know their tasks by acting as an excellent channel of functions for the various partners at country level to reduce disaster risk,” Minister Yeritsyan said.

“All countries, though, continue to experience great economic losses; developing countries, in particular, find it very difficult to afford the great investment required to prevent disasters. As such the cycle is mostly locked into one of response and a great many lives are still being lost.

“However, Armenia is looking forward to going to Sendai to report our progress and tell what is possible when you make risk reduction a priority. We have advances in a variety of fields and it is something I am proud to speak endlessly about.”

Mr. Yeritsyan’s remarks came at the opening of the second “Public Awareness as a Cornerstone for Effective Disaster Risk Reduction International Conference” hosted in Yerevan by his Ministry.

Increased understanding of risk has emerged as a vital element of strong disaster risk management under the Hyogo Framework for Action (HFA) and is set to remain so in the post-2015 framework for disaster risk reduction, to be adopted in Sendai, in three months’ time.

The HFA Focal Point for Armenia, Mr. Nikolay Grigoryan, said the upcoming 26th anniversary of the 1988 Spitak earthquake, on 7 December, prompts the whole country to reflect on why so many people suffered in what was a national tragedy.

The earthquake killed more than 25,000 people. A majority of the casualties were children or adolescents who were at school when the earthquake occurred at 11.41am. Hundreds of thousands were left homeless.

“The first big lesson from Spitak was that we needed to work with people so that they are aware on how they can protect themselves,” Mr Grigoryan said.

“Take myself as an example at the time. I was so unaware and experienced great frustration. We had no teachers, no textbooks. Experience was our great teacher but it charged us a lot in terms of the cost we paid. We did everything by gut feeling. Now we know that those who have skills and knowledge have more resilience.”