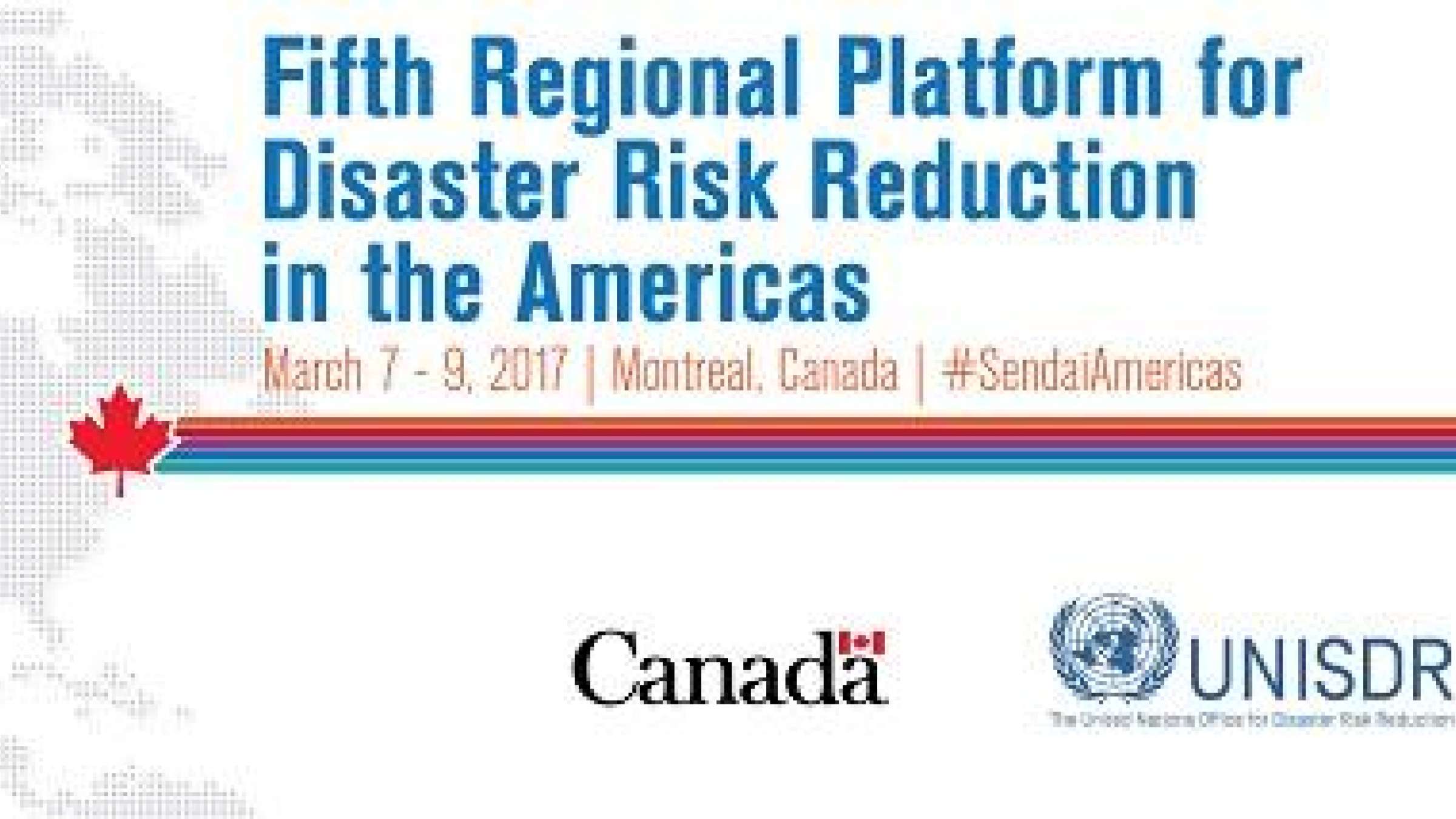 MONTREAL, Canada 6 March 2017 – Governments from across the Americas are gathering this week in Canada for a high-level conference where they aim to make their vast region more resilient by adopting a plan to curb the risks posed by natural and human-induced hazards.

The 5th Regional Platform for Disaster Risk Reduction in the Americas (RP17), running from Tuesday to Thursday in Montreal, is set to draw delegates from 33 countries following a year in which the region continued to feel the consequences of a strong El Niño and over a thousand lives were lost in the Ecuador earthquake and the onslaught of Hurricane Matthew.

The Americas includes some of the most hazard-exposed nations in the world. They also have vastly different levels of economic development, with major implications for their capacity to tackle risk, ranging from wealthier countries, like Canada, to poorer countries like Haiti.

RP17 comes two months before the 2017 Global Platform on Disaster Risk Reduction, the international community’s top multilateral forum on the issue, which will take place in Mexico.

“Canada is pleased to host this important meeting which will result in agreement on action to reduce disaster losses and to build resilience to disasters across the Americas,” said Mr. Ralph Goodale, Minister of Public Safety and Emergency Preparedness.

“Disaster risk and climate risk in particular are areas of strong focus for the Canadian government. We look forward to sharing the Regional Action Plan agreed on this week at the Global Platform for Disaster Risk Reduction in Mexico in May,” he said.

The Regional Action Plan that RP17 participants are set to endorse will help countries in the Americas step up their implementation of the Sendai Framework for Disaster Risk Reduction, a 15-year agreement to reduce disaster losses adopted by the international community in 2015. Africa, Asia, Europe and the Pacific have also set out their own Sendai Framework action plans over recent months.

The Americas’ plan builds on a regional summit last June in Paraguay, where ministers issued the “Asuncion Declaration”. It urged governments to fully align regional, national and local disaster risk reduction strategies with the Sendai Framework and underscored the importance of linking sustainable development, the protection of livelihoods, health, cultural heritage and ecosystems.

The Sendai Framework ties in with the Paris Agreement on climate change and the Sustainable Development Goals, likewise adopted in 2015.

Its seven targets include substantially reducing lives lost, numbers of people affected, and economic losses caused by hazards such as hurricanes, earthquakes, wildfires, floods or drought. It also seeks to curb damage to critical infrastructure and disruption to basic services such as health and educational facilities. Other key aims are to increase the number of countries with national and local risk reduction strategies by 2020, bolster the capacity of developing countries, and vastly improve coverage by early warning systems.

Stretching from the Canadian Arctic to Tierra del Fuego, the Americas region has a complex array of risks, with the threats posed by natural hazards compounded by factors such as poverty, breakneck urbanization, and climate change.

“The Sendai Framework emphasizes the importance of moving from managing disasters to managing disaster risk. Disaster events over the last 12 months in the Americas highlight how challenging that is,” said Mr. Robert Glasser, Special Representative of the UN Secretary-General for Disaster Risk Reduction.