All have stake in World Conference 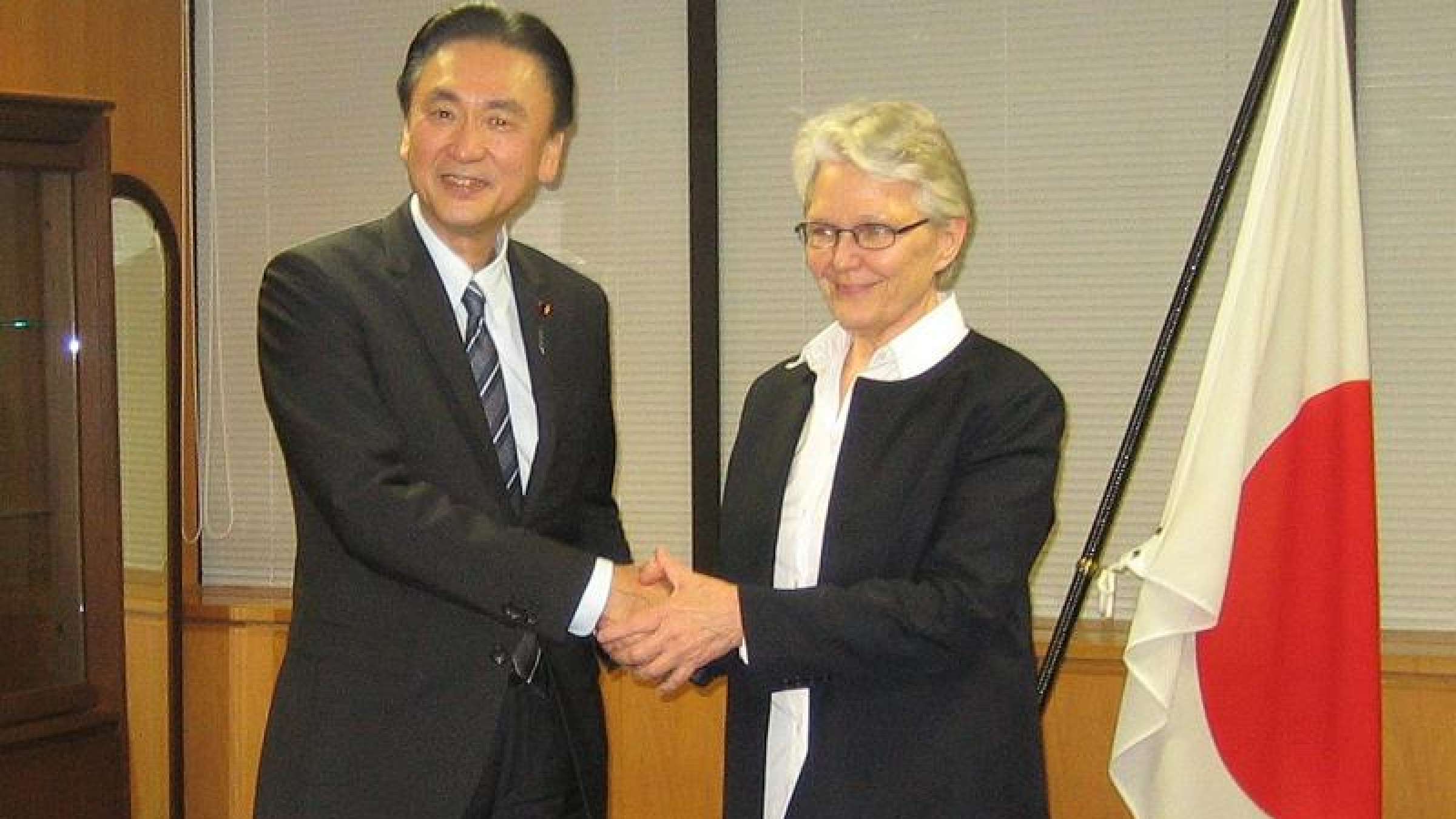 TOKYO, February 27 - For the third time in thirty years, Japan is preparing to host a World Conference on Disaster Risk Reduction.

They discussed preparations for the 3rd World Conference on Disaster Risk Reduction in Sendai, Japan, in March, 2015.

Ms. Wahlström told a news conference that “Every country in the world has a stake in the outcome of this conference.”

She emphasized the importance of adopting a new, robust and comprehensive global agreement on disaster risk reduction at the conference in succession to the Hyogo Framework for Action which was adopted in Japan in January 2005 at the last World Conference in Kobe.

She praised Japan’s role as a host to all three conferences stretching back to the first one in Yokohama in 1994. This reflected the country’s experience of a broad range of disaster events and its internationally recognized expertise in building disaster resilience.

The UNISDR chief stressed that disaster management is more important than ever due to climate change but “the political priority setting on the impact of disasters is still not strong enough in most parts of the world.”

It was more than symbolic that the Conference was being held in one of the cities most badly affected by the March 2011 Great East Japan Earthquake and Tsunami; it would also be an opportunity to showcase to the world Japan’s achievements in reducing disaster risk and restoring disaster-affected communities.

She said: “We thank the Government of Japan and the city of Sendai for hosting this event. UNISDR is very pleased to co-organize the UN conference with Japan as Japan is one of the most advanced countries in terms of resilience and disaster risk reduction and has a lot of expertise and experience to offer to the rest of the world.

“The reconstruction process in Tohoku region after the Great East Japan Earthquake and Tsunami in 2011 will be looked at as an example to showcase the many years of knowledge and expertise accumulated by Japan in managing disaster risks.”