Agenda 2030 and search for coherence 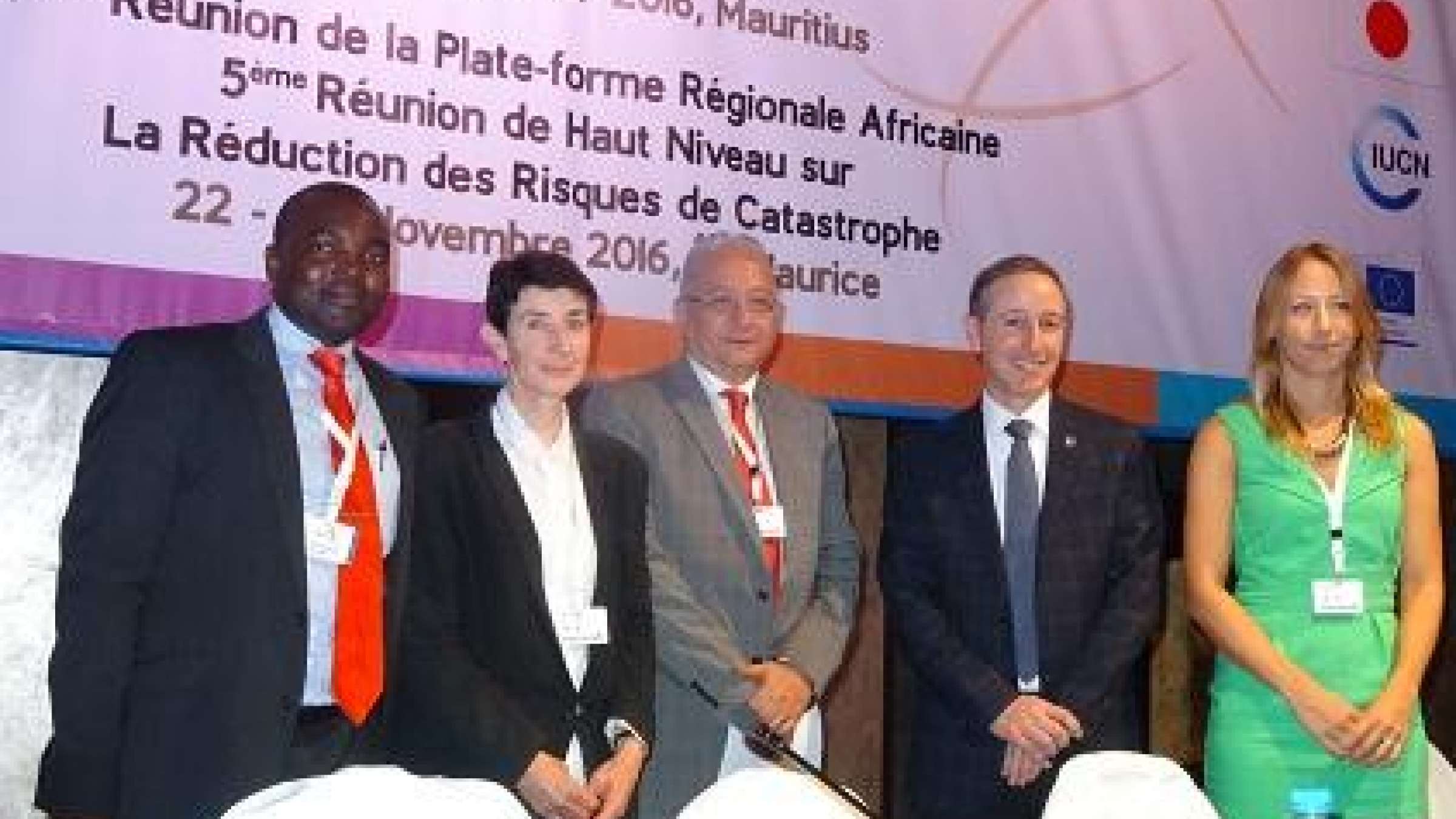 BALACLAVA, Mauritius, 23 November, 2016 - The challenge of how to ensure coherence across the key frameworks which comprise the 2030 Sustainable Development Agenda is a hot issue for discussion this week at the 6th Session of the Africa Regional Platform for Disaster Risk Reduction.

Concerns were addressed yesterday on how to avoid working in silos on disaster risk reduction, climate change adaptation and achieving the Sustainable Development Goals (SDGs) at a working session on Understanding Disaster Risk. The UN Secretary-General’s Special Representative for Disaster Risk Reduction,

Mr. Robert Glasser, pointed out that work on drafting indicators for measuring reductions in disaster losses under the global plan, the Sendai Framework for Disaster Risk Reduction, were just agreed last week.

“It is not too late to build coherence. We have just finished building the indicators for Sendai and these have been linked to the relevant SDGs to avoid duplication of effort when it comes to implementation and reporting,” said Mr. Glasser who chaired the working session.

Dr. Ailsa Holloway, Stellenbosch University, South Africa, made a plea for greater funding and access to disaster risk studies so that more students could join the hundreds of Masters graduates from African universities who were adding greatly to the region’s understanding of disaster risk.

Dr. Holloway referenced the need to work better across different knowledge domains and cited the introduction of a Masters in Disaster Management by Uganda’s Makerere University’s School of Public Health as a good example.“It means that the graduates have capacity to probe a new risk knowledge domain that was previously inaccessible, maybe even invisible to us, that provides insights on the public health-disaster risk management interface.”

Mr. Xavier Agostinho Chavana, Deputy National Director for Monitoring and Evaluation, Ministry of Economy and Finance, outlined how Mozambique’s approach to disaster risk and the post-2015 frameworks was informed by experiences such as the 2000 floods which killed 800 people and affected five million.

Risk informed decisions are also based on inputs required at national level to implement the Sendai Framework, the SDGs, and the Paris Agreement on climate. Where the government decides to invest in DRR is also shaped by analysis of existing data and future challenges.

Decentralisation of DRR activity started in 2003 with the targeting of 10,000 at-risk local communities where 18,000 people are engaged as first responders and local actors. DRR education is part of the school curriculum and teachers are supported as champions at local level.

Mr. Chavana admitted that financial resources are still concentrated at the central level and there is limited capacity at local level to address roots of disaster risk including land use planning.

Prof. Wadid Erian, Director, Land and Water Uses Division, League of Arab States, called for closer cooperation between the natural and social sciences to ensure that disaster risk and loss data is put to use in a context where there is good understanding of people’s vulnerability, particularly to unexpected and unprecedented shocks and stresses such as the drought in Syria which preceded the Arab Spring.

Dr. Erian said that information and knowledge sharing is a good solution for dealing with transboundary issues. The emphasis needs to be placed on action with local communities based on a full understanding of disaster risk.

ODI Research Fellow, Ms. Katie Peters, said that the idea of “coherence” across the SDGs, Sendai Framework and the Paris Agreement offered “a means to address the complexity of the real-world challenges facing national governments and at-risk communities.”

She recommended that expert working groups defining indicators for the various frameworks combine their efforts. This is happening for the disaster-related targets of the SDGs and the Sendai Framework.

Ms. Peters concluded that monitoring and data collection should be fully embedded in national statistics offices to support a culture of evidence-based learning at the national and sub-national level. Third, each country would undertake a process to articulate a set of interim targets to track progress towards the 2030 goals, in linked ways, across the frameworks.