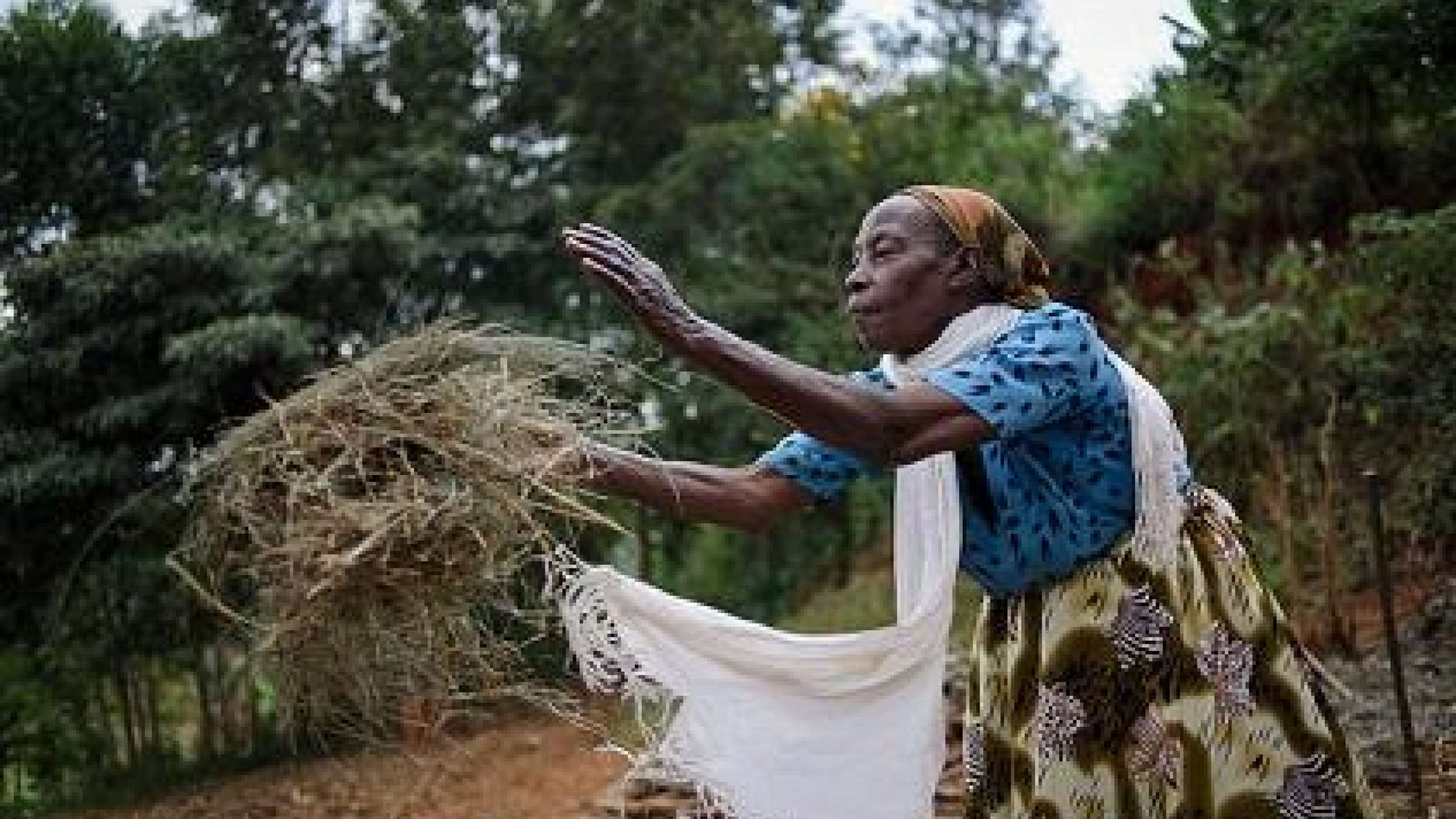 ADDIS ABABA, 14 July 2015 – An €80-million package of funds from the European Union to support disaster risk management across Sub-Saharan Africa was unveiled today at the Third International Conference on Financing for Development, winning praise for its potential impact.

“This is a really excellent initiative. It’s quite unique, and I really hope that we will see many more like it,” said Margareta Wahlström, Special Representative of the UN Secretary-General for Disaster Risk Reduction, whose office UNISDR is one of the partners tasked with helping African governments to implement it.

“This is a strategic long-term investment in building resilience in Africa. It will help to reduce mortality and economic losses by improving preparedness, early warning systems and putting in place systems for understanding how disaster losses are generated in order to avoid them in the future,” Ms. Wahlström added.

The five-year “Building Disaster Resilience to Natural Hazards in Sub-Saharan African Regions, Countries and Communities” programme will be financed as part of the European Union‘s cooperation with the African, Caribbean and Pacific (ACP) group of countries.

It will support Africa’s drive to reach the targets for substantial reductions in disaster losses – both human and economic -- laid out in the new global agreement, the Sendai Framework for Disaster Risk Reduction, adopted in March.

“Natural hazards cannot be avoided. However, long-term management of risks, in the context of a fast-changing climate, can save lives and livelihoods and set the foundations for sustainable development,” said Roberto Ridolfi, Director for Sustainable Growth and Development at the European Commission’s Directorate General for Development and Cooperation.

Knowing where disasters have occurred in the past, where people are exposed to hazards and having a record of the frequency of hazards equips all stakeholders to make risk-informed economic, policy and planning decisions. Disaster loss databases exist for many countries in the world, but Africa is under-represented and under-reported.

Understanding risk is the first step to reducing it. Risk-aware decisions are essential to build resilience, whether by investors, governments, communities or individuals, resulting in improved economic growth. The alternative is that disaster losses feed back into other outcomes such as deteriorating health and education, and worsening poverty. This in turn heightens future disaster risk.

“Weather, water and climate-related hazards, in particular drought, floods, storms and cyclones, dominate the disaster profile of Sub-Saharan Africa, with serious implications for the socio-economic development of the region,” said Mr. Ridolfi.

“A holistic approach to building disaster resilience and to secure development gains in Africa, based on accurate risk information and improved decision support systems, was thus necessary. The programme proposes a complete cycle of measures on disaster risk management and capacity building."

The programme’s five areas include enhanced regional coordination and disaster risk reduction monitoring, where the African Union Commission and UNISDR will work together, as well as enhanced capacity of regional economic communities for coordination and planning, helmed by the World Bank’s Global Facility for Disaster Reduction and Recovery (GFDRR). The remaining three are: improved capacity of regional climate centres for weather and climate services and real-time early warning systems, managed by the African Development Bank’s ClimDev arm; improved risk knowledge for future risk modeling, overseen by UNISDR; and enhanced financial strategies for informed decision-making, run by GFDRR.

“Actions we need to take at all levels urgently should be risk-informed and focus primarily on addressing the underlying risk drivers in the context of sustainable development,” said Tumsuline Rhoda Peace, Commissioner for Rural Economy and Agriculture at the African Union Commission. The new programme will help Africa to align its ongoing disaster risk reduction actions with the Sendai Framework, to the benefit of all, she added.

The impact of risk reduction on the ground is what matters most, underscored Hartwig Schafer, Vice President, Operations Policy and Country Services at the World Bank.

“Disasters can throw a country back five years and erase economic gains that have been made over half a decade. And not only at the national level, also at the personal level. You see farmers being trapped in a perpetual poverty spiral. This is about ensuring that that that farmer gets out of that poverty trap,” he said.

Total direct disaster losses in 40 of the globe’s low and middle income countries amounted to US$305 billion over the last 30 years. In Africa alone, from 1990 to 2012, an average of 152 disasters were recorded per year, the majority triggered by floods and storms. In 2014, over 6.8 million African were affected directly by a total of 114 recorded disasters.