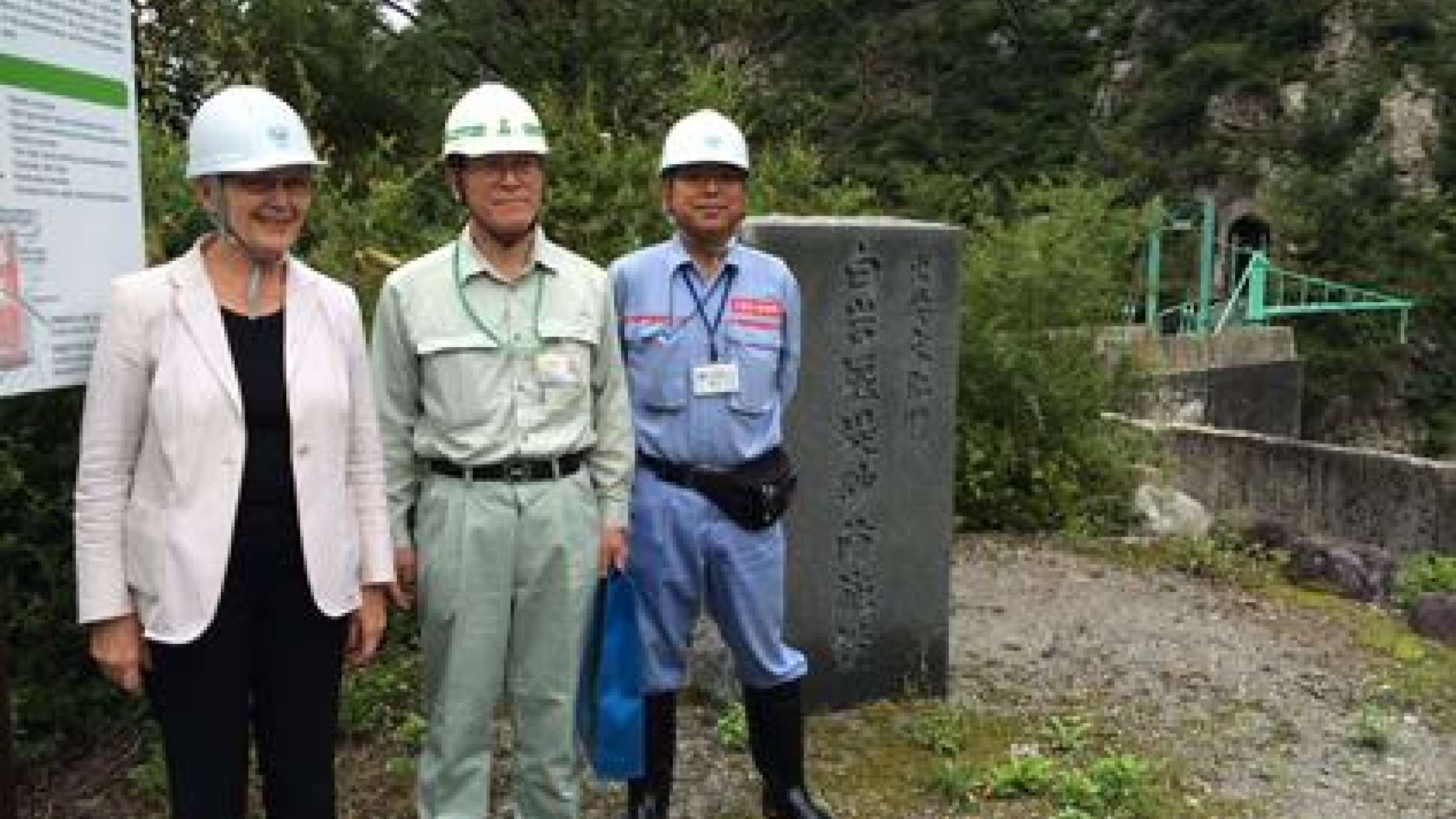 KOBE, 16 November 2015 - The world’s first hybrid dam, combining both earth and concrete, is also earthquake proof and protects millions of people living on Japan’s vulnerable Toyama plain from a repetition of a major disaster which occurred there in the mid-19th century.

In April 1858, due to a major earthquake, the mountain in the Tateyama Caldera collapsed and formed a natural dam but outbreaks caused deadly debris flows on to the Toyama plain below.

The risk remains in the form of 200 million mᶟ of unstable sediment in the Caldera. The fragile Tateyama Caldera also holds the headwaters of the Joganji River which is one of the steepest rivers in Japan. This situation creates huge risks to the people living in the Toyama plain.

The main bulwark against a future disaster is the Shiraiwa Sabo Dam. Sabo dams are built in the upstream areas of mountain streams where they suppress the production and flow of sediment. Those built at the exits of valleys work as a direct barrier to any debris flow that might occur.

On a recent visit to the Tateyama Sabo facilities for the prevention of soil erosion in Toyama Prefecture, the head of the UN Office for Disaster Risk Reduction, Margareta Wahlström, said: “This is one of the longest running disaster risk reduction projects in the world going back at least as far as 1906 when the local government started the initial work. It is a good example of how we can live with nature even if it is threatening and manage risk in an environmentally sensitive way.”

Standing in the area of the main Shiraiwa Sabo Dam, Ms. Wahlstrom said: “The Tateyama Sabo facilities are a good illustration of the concept of disaster risk management as knowledge for life which is the theme of this year’s International Day for Disaster Reduction. This long-standing efforts in Toyama Prefecture for living with nature can be regarded as a good example of knowledge for life”.

The Shiraiwa Sabo Dam, planned by Dr. Masao Akagi who is known as “Father of Sabo”, is a the world’s first hybrid Sabo dam that combines concrete and earthen features – mostly covered with greenery – with a checkboard frame and dykes to induct water to the bedrock.

The work of Tateyama Sabo facilities continues, as there is still a lot of earth and sand in an unstable condition in the Tateyama Caldera. In addition to these hard measures like Sabo technologies, it is important to obtain specific information quickly when an earthquake or a landslide occurs, as well as to provide information such as image data from the site. Information bases by utilizing optical fibre cables or monitor cameras are being set up for preparedness purpose.