The Race to Resilience is the global sibling campaign to Race to Zero run by the COP26 Presidency and High-Level Climate Champions to rally leadership and support from businesses, cities, regions and investors to help frontline communities build resilience and adapt to the accelerating impacts of climate change. The campaign sets out to catalyse a step-change in global ambition for climate resilience, putting people and nature first in pursuit of a resilient world where communities don’t just survive climate shocks but thrive in spite of them.

The Cities Race to Resilience is the official track for cities to join the UNFCCC Climate Champions Race to Resilience campaign which launched in January 2021. The Cities Race to Resilience has been brought together by several city networks and organisations working on raising the profile of urban resilience action, including the Global Covenant of Mayors for Climate & Energy (GCoM), C40 Cities, ICLEI – Local Governments for Sustainability (ICLEI), the Resilient Cities Network, United Cities and Local Governments (UCLG), CDP, the World Wide Fund for Nature (WWF), World Resources Institute (WRI). and the Making Cities Resilient 2030 (MCR2030).

This event will provide an opportunity for Mayors to showcase their resilience efforts in line with the campaign as well as cities that have committed to reach net-zero by 2050 or sooner through the Cities Race to Zero Campaign. There are over 700 cities committed with a goal of reaching 1000 by COP26, but currently, there is limited representation from the Asia Pacific region. This event would provide an opportunity for cities from the region that have been able to make this commitment to share their commitment and the mechanisms that enabled them to do so. 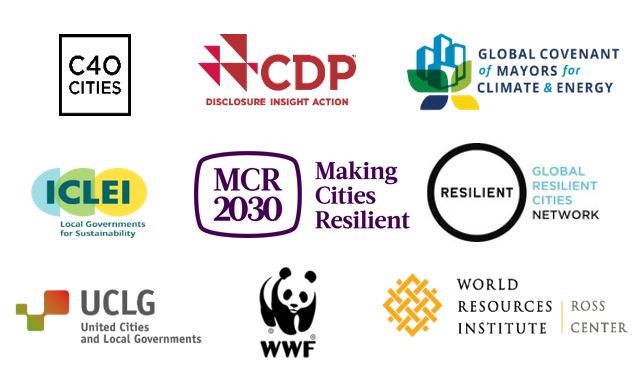